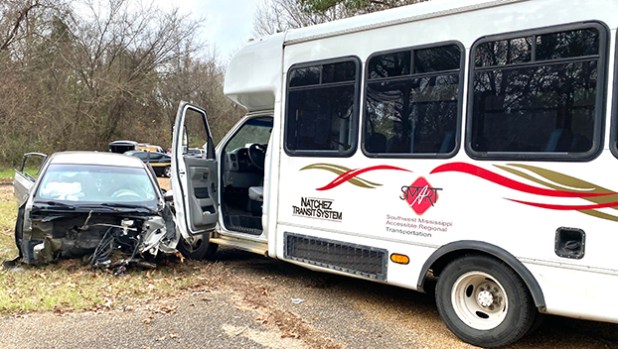 A pretend vehicle and bus collision is one of the exercise scenarios in a tri-county drill on Old Hwy 84. 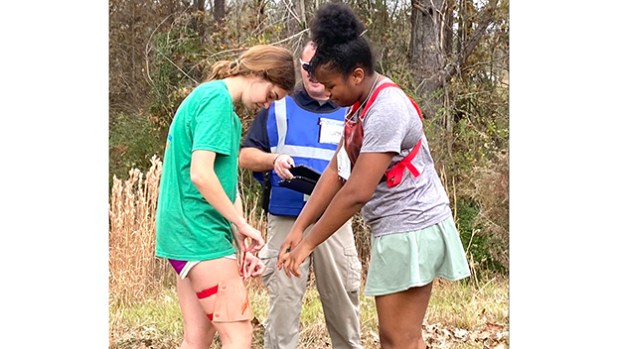 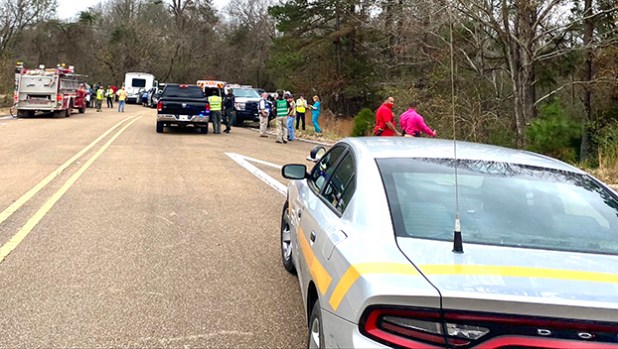 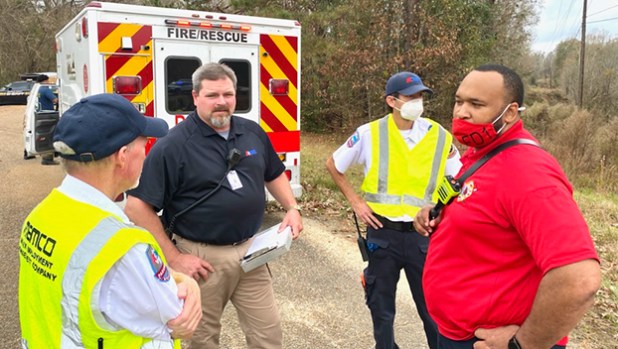 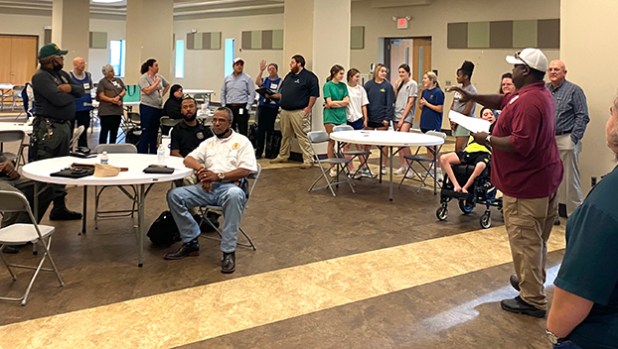 (File photo) Emergency responders in three counties gather at the Adams County Safe Room for a briefing before a full-scale emergency training exercise.

NATCHEZ — For those who saw law enforcement vehicles, ambulances and other first responders in the area of Old Highway 84 and the Adams County Safe Room on Thursday morning, don’t be alarmed.

Calls for the drill followed the same process as if in a real-life situation, starting with 911 dispatchers who made the appropriate calls to whichever entities were needed for the situation. Players in the drill are blind to the exercise scenario before they were called and responded while facing it for the first time.

Although everyone knew it was a drill, they acted as if it is was real and had to make every call they normally would, Hardy said. Meanwhile, other 911 staffers still receiving live calls during the drill.

“Although this was a tri-county exercise, we had evaluators from Claiborne and Lawrence counties telling us how we did. Mississippi Health Department response team helped with the exercise and we had support from MEMA as well,” she said. “We had a lot of entities working together and everyone was either participating or evaluating.”

The exercise began at the Adams County Safe Room and then moved to the “accident site,” Hardy said.

The scenario began with a traffic stop of a vehicle that was registered as stolen with drugs and weapons were found inside. In the scenario, the driver and child passenger played by relatives of Tom McGehee who lived in Macedonia, Adams County Emergency Operation Center Planning Chief, could not speak English. Responders had to figure out that the language was Slavic and find someone who could translate it.

During this process, they discovered another part of the scenario, a vehicle and school bus collision with children and casualties.

“These scenarios are designed to test limits and put you in uncomfortable situations that make you think,” Hardy said. “It’s a compounded situation layered with different challenges. They’re built in that fashion to have each department be pushed to the limit.”

After the drill was over, everyone involved reconvened at the Safe Room for an “After Action Review” meeting, where they assessed their response to make any adjustments needed. This helps the agencies streamline their collaborative process in case of a real emergency.

“Some of the main things we found out from the exercise with Jefferson and Franklin counties was we’re needing to work together a bit more with communication across counties,” Hardy said. “Individually, each of the entities did really well, from law enforcement to AMR to fire. However, being able to cross county lines and come together as a team, some kinks needed to be worked out. Other than that, we were proud of how everyone did.”

Hardy said Adams and Jefferson counties have worked on drills together in the past and this year Franklin county was added to the mix, making it the first tri-county exercise of many.

“We do these in the spring and fall on a rotating basis. The last one we did, a hospital explosion scenario, was at the Jefferson County Hospital last spring,” she said. “Although this one was on the county line, Franklin County was the host agency so we will be planning another exercise in Adams County this spring. It was fun and we always learn something new.”