ANGELS AMONG US: ‘God Sent’ owner shares blessings with others 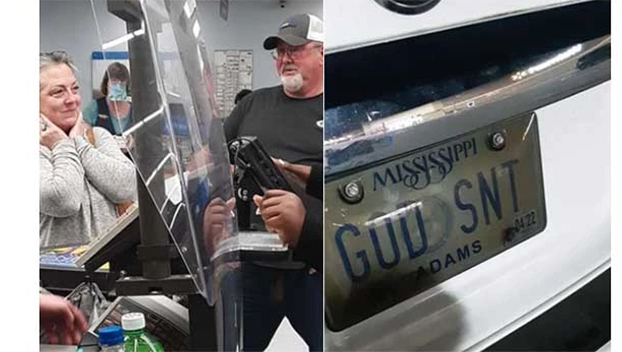 Ben Hendley shared these photos on Facebook of what transpired at a Walmart store in Canton, Texas, last weekend where Natchezian Joyce Felton provided a Christmas blessing to a couple in the checkout line.

NATCHEZ — Natchezian Joyce Hargrave, owner of God Sent Staffing Agency, says she has been blessed by God to come from challenging life situations and still run a large-scale homecare and healthcare staffing agency.

This is why it isn’t uncommon for Hargrave to pay it forward when she finds someone struggling in need of a blessing themselves.

This happened to Hargrave recently in a Walmart store in Canton, Texas.

Ben Hendley, a stranger who happened to be in the checkout line behind Hargrave, witnessed what transpired and called out her good deed on social media.

“… this couple (passing through from Fort Worth, Texas) are trying to get their kid’s presents as they travel to their family get-together (they live2 hours away).  And his card gets declined.  Again.  And again… The lady in front of me (from Mississippi) says,” You know what?  It’s Christmas!  I’ll pay for it!” Hendley states.

The woman later revealed to be Hargrave insists on buying the couple’s items, he states.

“The man is suddenly embarrassed. His wife is about to stroke out. ‘Oh, no! I don’t think you know how much this is! Let me see if I can put it on my credit card.’ It gets declined. (We would later learn that the card reader went out). ‘It’s a couple hundred dollars. So? God’s blessed me, so I’m going to bless you.'”

Hendley, after witnessing Felton’s generosity, follows her out to the parking lot and notes her Adams County license plate with “GOD SNT” written on it. Unbeknownst to Hargrave at the time, he took a picture of her plate and posted it on social media along with the description of what happened inside the store. The post then goes viral and catches the attention of news media.

“There ARE good people in this world!” he states.

Since Saturday, the post has garnered more than 1,000 reactions on Facebook, has been commented on more than 200 times and has been shared more than 730 times.

According to Hargrave, she just happened to be in the right place at the right time and wasn’t expecting any recognition of it. 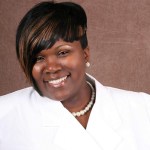 “I was just in the store. I do it all the time,” she said. “I’ve always paid it forward. To come from where I have — a high school dropout, having a child at 13 — all the cards were stacked against me but now I own several businesses.”

Hargrave said the main branch of God Sent is located on Liberty Road at the historic Forks of the Road site in Natchez with other offices scattered across Louisiana and Texas.

Those who know Hargrave shared other things about her on social media that revealed her act in Walmart was only a small piece of her good character.

“What a phenomenal woman to be able to juggle both and raise a family in the midst of all that,” Walls states. “Somehow we got to talking one day and I was trying to finish up a class for the summer but didn’t want to live in the dorms due to the astronomical costs. This angel offered me an entire room in her home with her family. SHE DIDN’T KNOW ANYTHING ABOUT ME!!!!!!! If she went out of town, she took me with her and NEVER LET ME GIVE HER A DIME. … You are truly a GOD SENT ANGEL here on earth …”

Hargrave said she believes God sent her angels of her own — Dr. Jack Rodriguez with Natchez Oncology Center and general surgeon Dr. Geoffrey Flattmann — to give her a second chance at life after her cancer diagnosis.

Now with each doctor visit, Hargrave buys the staff lunch.

Hargrave continues to count her blessings every day, from her business successes to her God Sent team members to her family — especially her children and grandchildren, she said.

“God left me here and gave me a second chance to be a blessing to others,” she said.