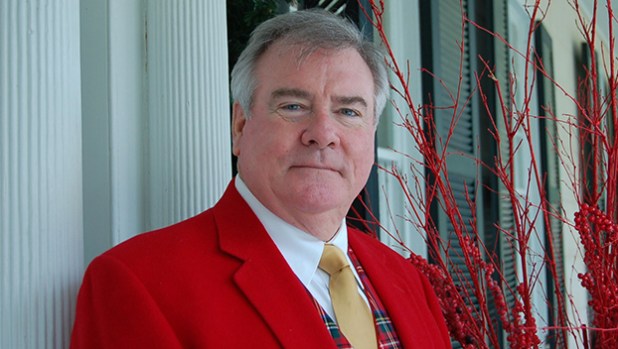 On Christmas Eve, David Hawkins will be the first Natchez Santa Claus Committee member and fourth-generation Santa to have had the honor twice due to COVID-19. (Sabrina Robertson | The Natchez Democrat) 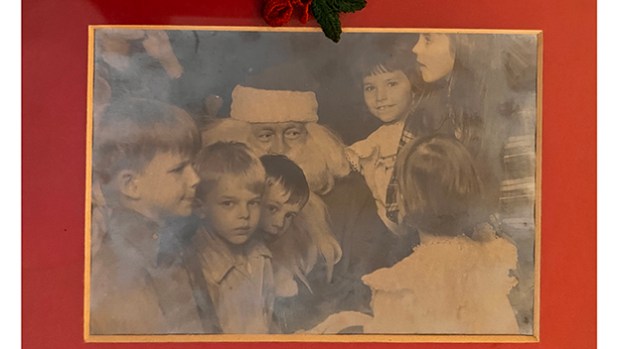 This picture of Richard Conner Feltus Jr. was taken on Christmas Eve in 1972. 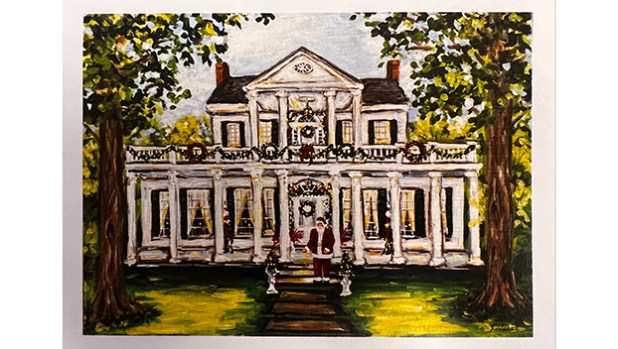 NATCHEZ — Since 1928, the Natchez Santa Claus committee has elected one man from among its members to do the honor of passing out presents to children on Christmas Eve.

However, on Christmas Eve 2021 there will have been only one fourth-generation Natchez Santa Claus to have had the honor of passing out the presents twice.

David Hawkins, who also wore the hat  in 2020, said he didn’t feel left out of the fun when COVID-19 caused a cancellation of some of the usual Natchez Christmas traditions.

While Hawkins didn’t get to experience the annual Santa Parade — a caravan of Santa Claus Committee members — or the Christmas party afterward, he witnessed hundreds of children drive by the Braden School on Homochitto Street with their families to see him.

Some, particularly the much younger ones, shied away from him in the back seat of their cars. Others smiled at him and climbed out of their car seats to shake his hand or hug him.

As a native of Nashville, Tennessee, Hawkins said what he does feel left out of is not experiencing his childhood Christmases here in Natchez.

“With me not having grown up here and not living here full-time, I’m learning these guys (in the Santa Claus Committee), their connections and their histories and it is quite interesting. The stories they tell are amazing. I feel like I missed out on something by not growing up here.”

For example, Hawkins said he was told to make sure he wore thick gloves on Christmas Eve so that his hands wouldn’t freeze as he holds them out of a car window to pass out quarters to neighborhood children. Hawkins said he knew about throwing candy but did not know passing out quarters was historically part of the annual Santa Parade tradition, which he will experience for the first time since COVID-19 canceled the event last year.

“Back in the day you could buy candy for less than 10 cents, so I can imagine how excited a kid would be to get a quarter. It would go a long way,” he said.

Unlike Hawkins’ Santa experience last year, which lasted only a couple of hours, this Christmas Eve will be an all-day event as Santa, Hawkins, leads the Santa Parade with children lining the streets of their neighborhood.

Hawkins said he still got to see the joy on children’s faces in 2020 but on a smaller scale.

After the presentation of gifts at the Braden School on Homochitto Street, Hawkins said he decided to visit with friends in Downtown Natchez. Each place he went, he announced himself with a booming Santa’s “Ho, ho, ho,” and caught the attention of people walking by or sitting down eating at restaurants.

First, he stopped to see John Grady Burns at The Nest. A few ladies eating at the Natchez Coffee Company next door stopped him to take pictures, Hawkins said.

Hawkins said he also stopped at Cotton Alley and a little girl sitting at a table hopped up and down in her chair at the sight of him in his red coat and snowy white beard and stopped him to say what she wanted for Christmas.

A car full of children stopped in the middle of Main Street so they could see him too. Then another little boy who was visiting from out of town across the street spotted him and Hawkins waited patiently for when it was safe to cross so he could see him too.

“His dad told me he was so upset because he thought Santa wouldn’t be able to find him because he wasn’t at home, so I told him, ‘I know exactly where you are and you’re on my good list. But there are still a couple of hours left, so make sure you continue to be good.'”

Hawkins said told the children watching who saw his car parked on the street that the reindeer were resting up for the big night while the elves were packing up the sleigh.

“I’ll be there tonight to come to see you, but I’m riding domestic right now,” he said.

“I had more fun walking around town seeing the kids and seeing their excitement. That was the best part. It really cemented what Santa Claus Committee does for the children of Natchez. It’s not just the gifts but the hope, the pageantry and the expectation that things are going to be good.”

In addition to being Santa Claus for two consecutive years — a first in the long history of the Santa Committee — Hawkins is a fourth-generation Santa Claus after his wife Marjorie Feltus-Hawkins’ father, grandfather and great-grandfather.

“This is the only time this has ever happened in its history,” Feltus-Hawkins said of four Santas being in one family.

Feltus-Hawkins still has framed pictures of her father in Santa gear that was published in The Natchez Democrat before a fire burned its archives in the 1970s. Last year, she began adding pictures of her husband to a family Santa album.

“I remember going to the Eola for the big party that night, but I was so young. I couldn’t stay up the whole time. I had to go home.”

The Feltus family owns and operates Linden Bed and Breakfast off of Melrose Avenue, where they will finally be able to host the private Santa Claus Committee Christmas party this year. Hawkins and his wife live there during their visits to Natchez when he is not conducting business in Nashville as a commercial architect.

Having grown up with four-younger brothers who were all full of energy and excitement, Hawkins’ childhood Christmases were always fun, sometimes mischievous experiences, he said. Each member of his family member had a part in the decorating. His part was always hanging the lights, which he took pride in.

“I would test them, change out the bulbs and make sure they were in the right place. I always made sure the lights were deep in the tree so the entire tree would just illuminate.”

Hawkins became involved in the Santa Claus Committee soon after he married into the Feltus family nearly 28 years ago. Through them, Hawkins said he was introduced to a lot of his Natchez friends with a heart for giving to others.

The Natchez Police Department and Adams County Sheriff’s Office in particular do not get enough credit for the work they do on Christmas Eve to ensure that the parade is a safe event for all.

“They’re a great group to work with and have shown a lot of support for us,” he said. “It’s time out of their schedule, but they understand it is for the kids. … There are a lot of generous people in Natchez and they do a lot of things for a lot of people.”