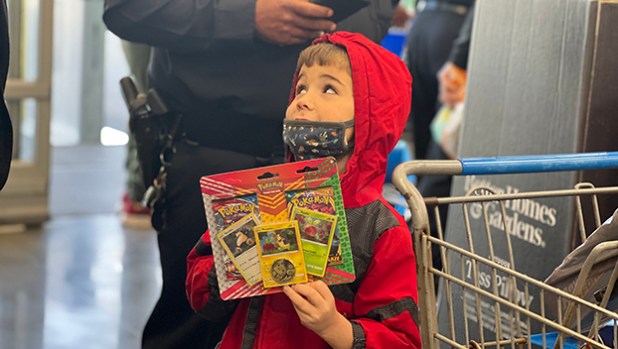 Lt. Terence Williams and his wife Sandra helped Charles "CJ" Boyler, age 6, pick out the Pokémon cards he is holding for Christmas as well as a lot of other toys and clothes. (Sabrina Robertson | The Natchez Democrat) 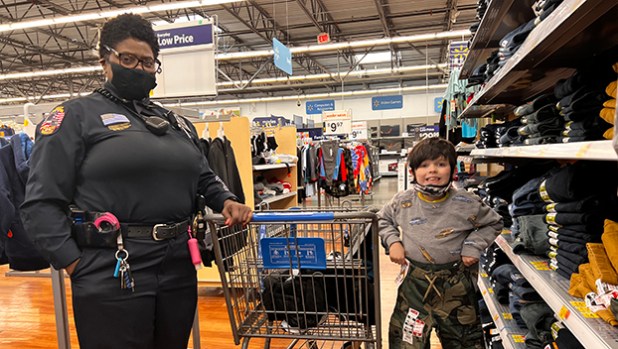 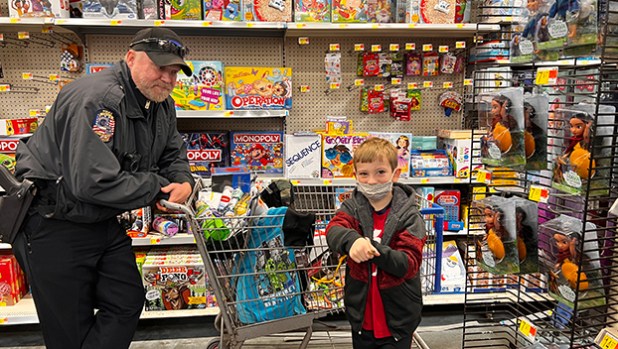 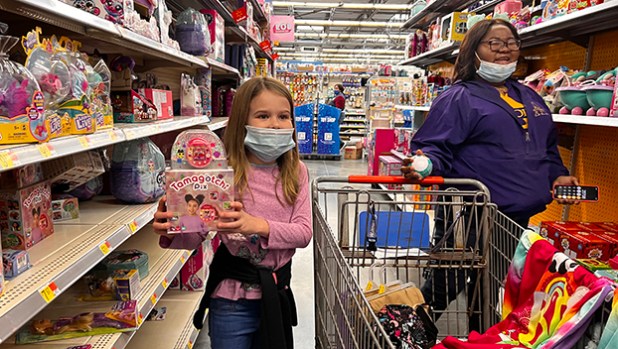 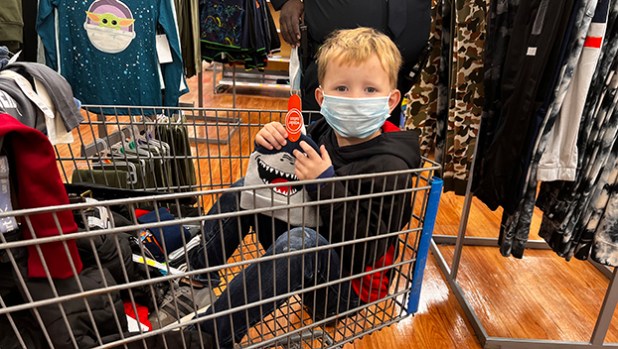 VIDALIA — Charles “CJ” Boyler wore a large grin on his face as he walked the aisles of Vidalia Walmart on Wednesday morning with Lt. Terence Williams and Williams’ wife Sandra.

He got to pick out his own warm clothes for Christmas, but also his favorite toys, Star Wars, Ghost Busters, Pokémon and more.

“I want a headset for Christmas so I can play games and listen to videos on YouTube with it,” Boyler said.

Boyler was among approximately 30 children who would benefit from the Vidalia Police Departments Shop with a Cop program. Each child had an average of $350 each to spend thanks to donations from several businesses and individuals in the community, Chief Joey Merrill said.

Each child was fixed up with warm winter clothing and necessities and could spend the rest on whatever toy they wished for.

Tucker Johnson, age 6, said he wished for a Spiderman bicycle for Christmas and Eli Griffen, age 8, said he wanted a money card so he could buy games to play on his tablet.

Isabell Till, age 9, said she wasn’t sure what all she wanted at first but picked out a cool Tamagotchi toy and a fidget toy.

“I’m getting a laminator for Christmas so I can start my own business making bookmarks,” she said.