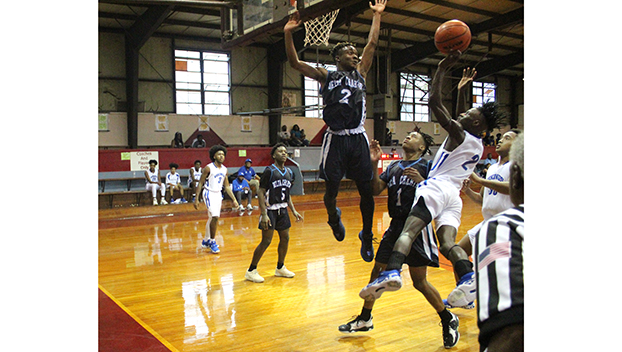 Jaylen Watson blocks a shot late in the fourth quarter. His defensive and offensive efforts in the fourth quarter helped the Storm close out the game. Delta Charter beat Vidalia 60-57 Tuesday afternoon to open the Sicily Island tournament. (Hunter Cloud | The Natchez Democrat)

SICILY ISLAND, LA — With 23 seconds left on the game clock, Delta Charter was content with letting the air out of the ball, and the Vidalia Vikings did not press on defense. A pass inside bounced out of bounds, and suddenly Vidalia had an opportunity to tie the game.

Sema’J Hayes passed the ball up the court, and the gym went silent as Chris Brooks fired a shot from the left. His shot hit the backboard and fell into the grasp of a Storm player as the final buzzer blew and the game ended with Delta Charter leading 60-57.

Jaylen Watson said when the shot went up everything was in slow motion. He scored his seven points in the final frame to help the Storm complete a comeback Tuesday afternoon in the Sicily Island tournament.

“I felt like if no one else was going to score, I had to,” Watson said. “I knew becoming an offensive threat would give others a chance to score too. In our final possession, we just wanted the game to be over. We didn’t run our play, but we dribbled the clock away.”

Vidalia started the game hot as the Storm looked sluggish to head coach Ronald Ellis. The Storm was down 16-4 with 5 minutes left in the second quarter before they charged back to win the game.

Vikings head coach Demus Smith was frustrated on the sidelines the entire game. At one point in the second half, he knocked the lid off the team’s Powerade cooler. His team, which led by 12 points, allowed the Storm to fight back. Delta Charter tied it up at 23-23 at halftime. He would receive a technical foul in the second half.

“We played poor basketball,” Smith said. “I don’t know if the break made us sluggish or what. We just weren’t in it today. We are missing Louis Jordan. We have to cut out our turnovers and mental mistakes moving forward. That will be the key to success. We are making too many mental mistakes.”

Brooks led Vidalia in scoring with 28 points. Trenton Davis scored 25 points for the Vikings. Watson said the Storm slowed down the Vikings game in the second quarter by shutting down Davis.

They picked up the pace of play in the third quarter, which helped Delta Charter lead 41-38 at the end of the third quarter. Their final quarter could have been better, he said. Ellis said he would take the win.

Ellis was facing off against his former high school coach in Smith. He said Vidalia and Delta Charter are close together, they do not play each other often enough.

“It was fun coaching against him. I’ve known him for a long time. He is almost like a dad to me. I call him anytime I need anything,” Ellis said. “The game is fun for the kids because a lot of them know each other. It was a fun and exciting game.” 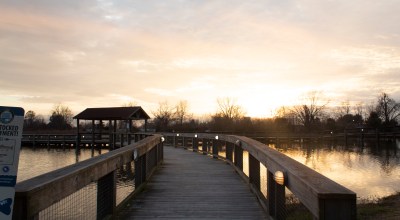