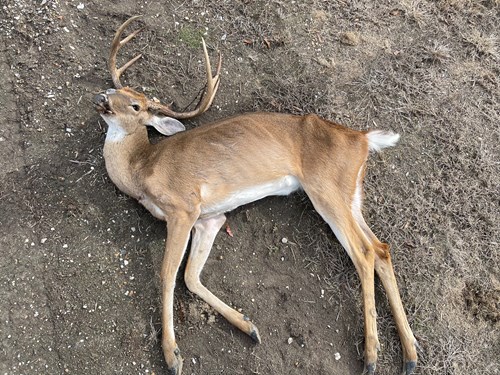 A buck found near Vicksburg in Warren County is suspected of having chronic wasting disease.

The case was reported Thursday by the Mississippi Department of Wildlife, Fisheries and Parks.  The mature buck was found 4.5 miles south of the first positive case of CWD in Mississippi. Its sample will be sent to the National Veterinary Services Laboratory in Ames, Iowa for confirmation.

Hunters are encouraged to submit samples for CWD testing at freezerlocations and participating taxidermists throughout the state. Testing will help the MDWFP locate the disease and manage its spread in the deer population

The report came the same day as the Louisiana Department of Wildlife and Fisheries  reported that to date that no chronic wasting disease has been detected in test results of Louisiana white-tailed deer.  LDWF has received test results from LSU’s Diagnostic Laboratory on 147 test samples in Union Parish and 70 in Morehouse Parish.

LDWF has reached its goal of collecting 300 samples from the two-parish area and has submitted the samples to LSU for testing.

Louisiana’s testing is in response to the recent detection of CWD in Union County, Ark., less than 8 miles north of the Louisiana border near Morehouse and Union parishes. CWD is fatal in deer.

Louisiana hunters can have their harvested deer tested by visiting our CWD testing website https://www.wlf.louisiana.gov/page/cwd-testing and following the steps outlined.

CWD has been found in a number of states, including Texas, Arkansas and Mississippi.