A man has been arrested in Claiborne County on a first-degree murder charge, law officials said.

The Claiborne County Sheriff Department announced Monday that a report of shots fired was received at approximately 11:47 a.m. Thursday, Dec. 30 on Hwy 18 No. 4 in Hermanville.  Upon their arrival, deputies found a man with what appeared to be a gunshot wound was pronounced dead at the scene.

The man was later identified as 43-year-old Morques Johnson. 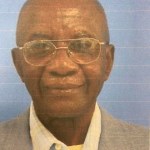 Carl Lee Wells, the alleged suspect, was located at his residence where he was taken into custody, law officials said. He is being charged with first-degree murder and was being held without bond as of Monday. This case has been bound over to the Grand Jury.