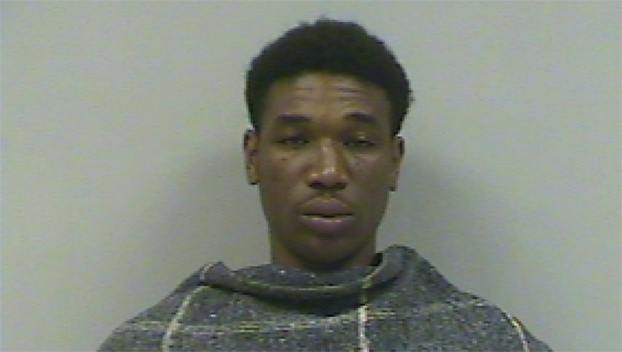 Natchez Police and Adams County Sheriff's Office are searching for Michael Thomas, or “Traedo,” pictured above and ask anyone with information to contact the Natchez Police Department at 601-445-5565 or Southwest Mississippi Regional Crime Stoppers at 888-442-5001.

NATCHEZ — Area law enforcement is searching for a suspect at large in a fatal Tuesday afternoon shooting.

According to a news release from the Natchez Police Department, the victim Johnny Ricardo Mason, age 33, identified the shooter as Michael Thomas just before he died with a gunshot wound.

Thomas, a convicted felon, was previously sentenced to serve five years in the Mississippi Department of Corrections after he pleaded guilty to an aggravated assault charge in 2018. He was released after having served three years and was arrested in June 2021 for allegedly kidnapping his then girlfriend at gunpoint.

Thomas faced charges of unlawful possession of marijuana, simple assault and domestic violence, all of which were dismissed in Natchez Municipal Court in early December, according to court records.

On Tuesday, police were dispatched to the area of Holiday Apartments in reference to a shooting and found Mason lying on the ground upon their arrival, who told officers he had been shot by Thomas, also known as “Traedo,” the release states.

Officers of the Natchez Police Department and Adams County Sheriff’s Office were still searching for Thomas at 10 p.m. Tuesday.

Anyone who has information regarding Thomas’s whereabouts is asked to contact the Natchez Police Department at 601-445- 5565 or Southwest Mississippi Regional Crime Stoppers at 888-442-5001.