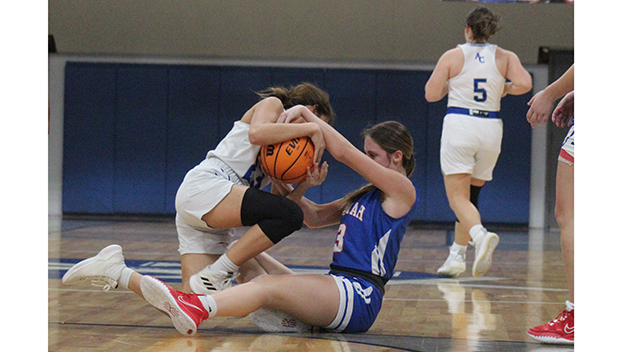 At the end of the first quarter, ACCS was down 11-3 against Copiah Academy and had played one of their best quarters of basketball all season. However, they struggled to put points on the board and fell 52-12 in the end.

Head coach Richy Spears said they need to have better ball movement and to play better on offense and defense. AC did get into some foul trouble which hurt them against Copiah Academy as Georgia Martin had four fouls.

“I thought we played as well as we have all year. We have to get better in all aspects though,” Spears said. “We play hard. I can’t ever fault their effort. We can’t quit, we have to keep plugging away. As long as they keep this attitude, hopefully it will pay off for us.”