‘Who is going to teach them?’ Staff absences force Concordia Parish schools to distance learning 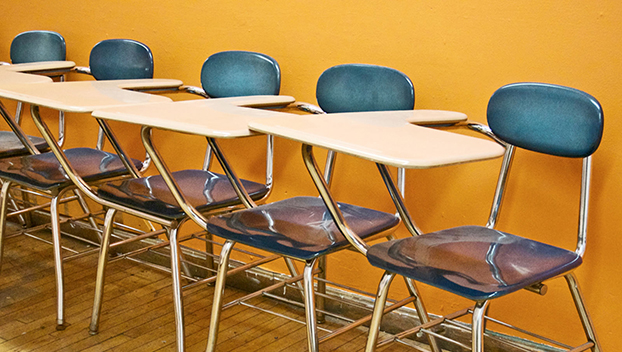 VIDALIA, La. — All public school students in Concordia Parish will be learning from home next week due large numbers of staff absences.

Superintendent Toyua Watson said the majority of staff absences were related to COVID-19.

“It’s getting pretty bad for us,” she said. “In some cases, it could be that one of their children is sick and they have to be out because of that. It’s not all COVID but the majority of the absences are related in some way or another to COVID.”

An emergency school board meeting was called Friday to address the situation. The meeting was held virtually. Zoom would only allow 100 listeners in the virtual meeting room at one time and it was full.

After the meeting, Watson said Derrick Carson moved for all schools to go to distance learning for next week and revisit the issue during the regularly scheduled board meeting at 6 p.m. Thursday. Ricky Raven was the only board member who voted against Carson’s motion and it passed by majority, she said.

Watson said her recommendation to the board, which they did not vote on, was to let Vidalia and Ferriday schools go to distance learning and allow Monterey to continue on in-person, which is what school administrators and community members requested and presented at the board meeting.

“Monterey stated although their number of absences is high that it is not related to COVID. They had some of their staff out due to a death in their family and said they would be coming back,” Watson said.

Monday will be considered a teacher workday so that the district can prepare for distance learning and push Chromebooks and school work to students, Watson said. Beginning Tuesday, students will begin distance learning.

She said schools have stretched their staffs thin and pushed them to the limits to accommodate a shortage of teachers, custodians, paraprofessionals and cafeteria workers all across the district. She added Durham has doubled some bus routes. In some cases, principals were teaching three classes and the district’s academic directors were taking on the additional load of teaching classes and staying at work well into the night to get their jobs done.

Students in Natchez Adams School District have not made a full return from winter break. Just more than 300 students are participating in intersession classes with the rest expected to return Jan. 10, school officials said.

On the bright side, Watson said has improved technology and distance learning methods since COVID started. Families that have internet access will be able to log in and continue their lessons virtually while those who do not can have work delivered to their houses by a school bus if parents cannot make it to schools to pick up their children’s work, she said.

“We’re in better shape now to deal with this than where we were in the past,” she said. “We have options. None of them are perfect. Nothing substitutes being in the classroom with a teacher, but we can’t put two or three classes in one room continuously. We’re in survival mode and we have to think about what is best for everyone.”