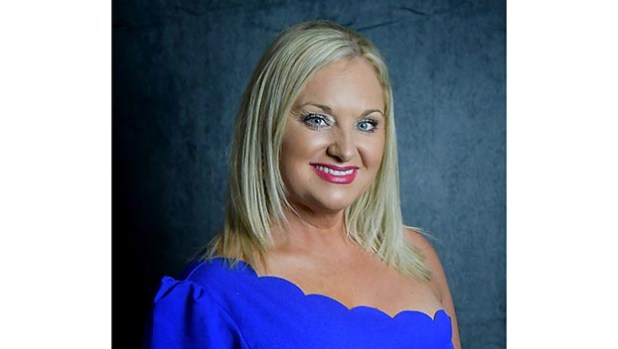 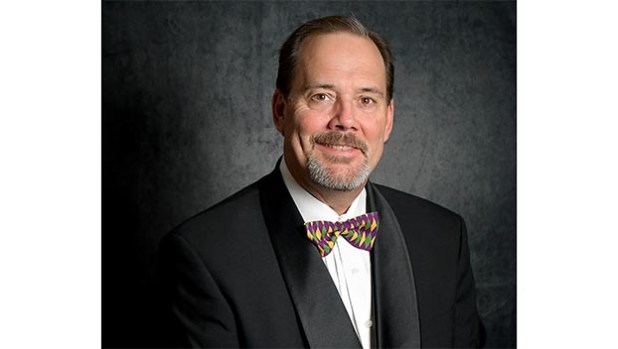 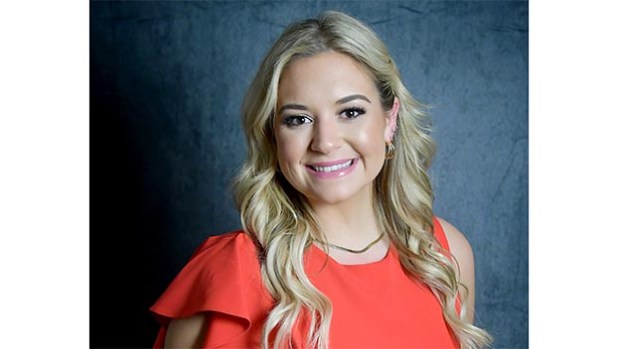 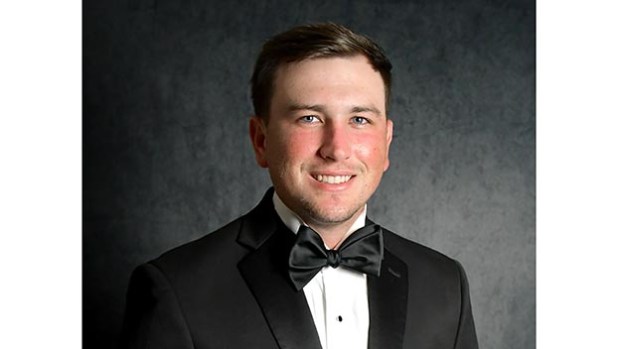 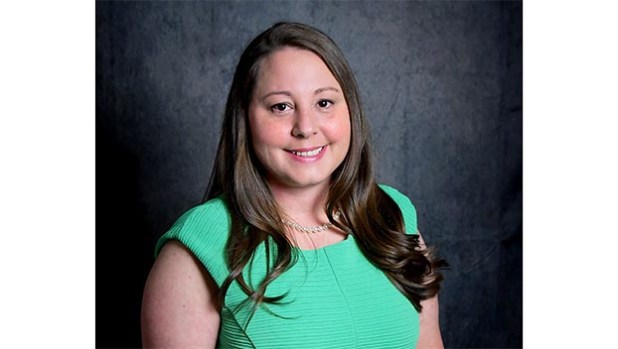 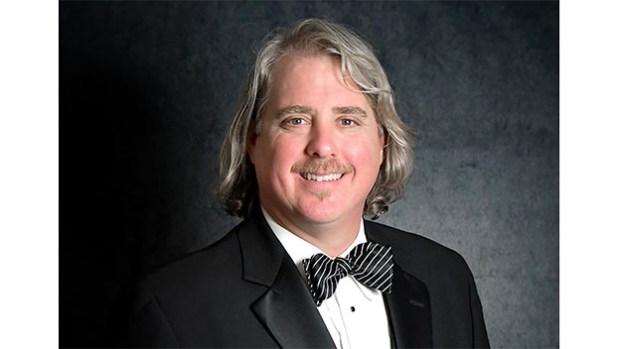 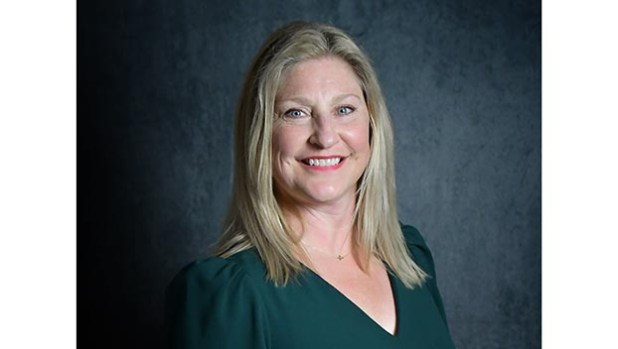 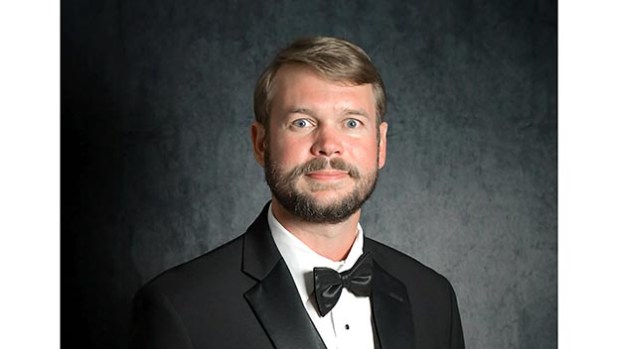 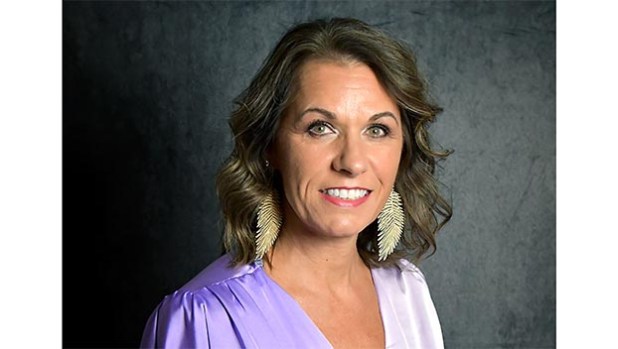 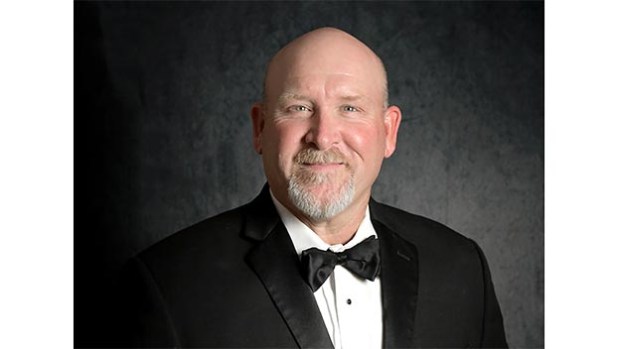 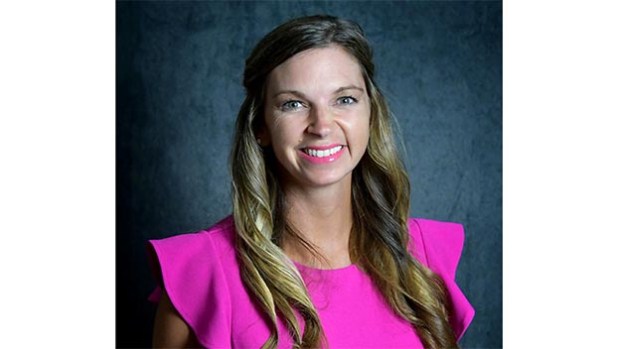 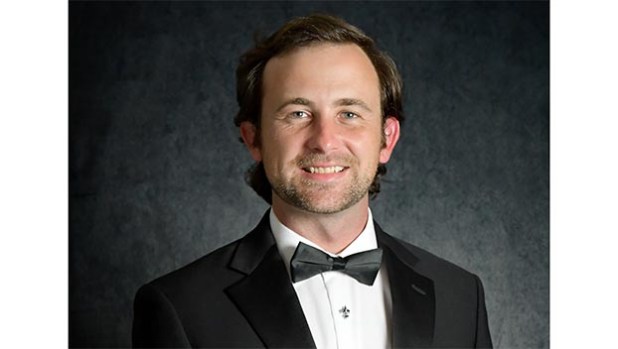 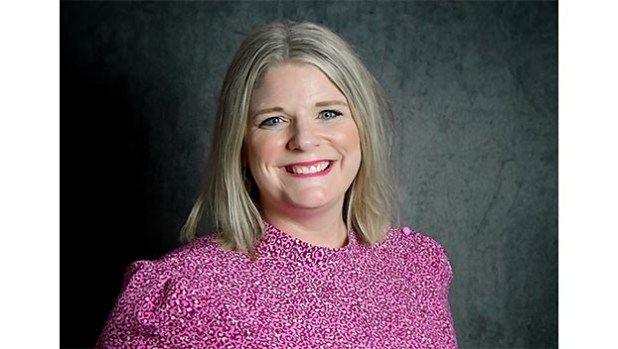 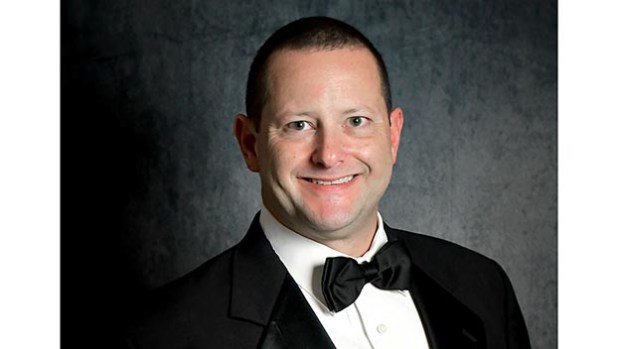 NATCHEZ — The Krewe of Phoenix recently announced its court for the 2022 Mardi Gras season.

Celebrating its 40th anniversary with the theme of “Forty, Fiery and Fabulous!,” the court will be led by Rex XL Scott Christian and Rosalie XL Angel Booty.

The Krewe of Phoenix began the season with a members-only 12th Night on Thursday at Magnolia Hall.

The Call Out Ball, which is open to the public, will be Jan. 15 and tickets are $25 per person, with drink tickets available to purchase at the event or in advance.

The King and Queen’s Grand Ball will be held Feb. 19 at the Vidalia Convention Center

Scott received his Bachelor of Business Administration degree in Accounting from Millsaps College, his Master of Business Administration degree from Christian Brothers University, and his Master of Science in Accounting Information Systems from the University of Memphis.  He is a certified public accountant and he is the managing member of The Gillon Group.  Scott is also the Chairman Elect of the Mississippi Society of CPAs.

Scott is a Leadership Natchez graduate and actively participates in the Rotary Club of Natchez, the Santa Claus Committee, Historic Natchez Foundation, Beau Pre Country Club and Y’all Means All.  He served as Duke Jefferson Davis in 2012 and served as Santa Claus 2018.  In his spare time, he enjoys soccer, hunting, running, cycling, and traveling.

Scott married his high school sweetheart Robin, and they have two grown children, Will and Madeleine.  Will, also a CPA with the Gillon Group, and his wife Lexi have two children, Whitney and Spencer.  Madeleine has just started her nursing career at St. Dominic’s in Jackson.

Angel was born in Natchez, Mississippi.  She is the daughter of Billy and Sherry Harris. She and Her Husband, Allen Booty, have two daughters Kayde Price and Aubree Booty.

Angel attended University of Louisiana Monroe and Copiah Lincoln Community College, where she obtained her degree in Radiology specializing in Magnetic Resonance Imaging. She spent the first part of her career working at MRI of the Miss-Lou until moving to Metairie Louisiana to specialize in women’s breast imaging at Touro Women’s Imaging Center.

Angel was Duchess Panmure  in 2012 and served as Royalty chairman for the Krewe of Phoenix from 2013-2016. Angel was also a member of the Pilgrimage Garden Club, Natchez Junior Axillary, Krewe of Nyx, Krewe of Pandora, and Can’t Act Rights.

Angel and her husband Allen have recently moved back to Vidalia Louisiana, and have opened a new company Triage Garage Offroad.

Angel enjoys spending time outdoors with friends and family and living life to the fullest.

Wright Graning was born in Natchez and attended Cathedral School before moving to Troy, Ala. He graduated from Charles Henderson High School, winning a state championship in Class 4A Baseball in 2014. He attended Troy University, where he was a member of Sigma Chi Fraternity and a member of St. Martin of Tours Catholic Parish.

He moved back to Natchez in 2020, going into business with his father, Tom Graning, at Go-Mart and On the Go Deli. He is also an assistant baseball coach and the defensive coordinator for the football team at Cathedral School. He is a member of the Santa Claus Committee and St. Mary Basilica.

Wright is the son of Tom Graning of Natchez and Stacy Graning of Brookhaven. He is the grandson of the late Al and Kelly Junkin Graning and the late George Grantland and Muriel Grantland.

He and his wife, Kaylee, were high school sweethearts and married in 2021 at Linden. Kaylee is an English teacher at Cathedral School. They are the parents of two pups, Leta and Roux.

Wesley Anderson is a Natchez native and graduate of Cathedral School.

Wesley graduated from the Aveda Institute and worked for two years at Via Veneto Salon in Baton Rouge before returning to Natchez. Wesley works at Cest’ Jolie Salon where she has been an expert makeup artist and stylist for the past 4 years. She was recently honored in the 2021 Best of the Miss-Lou awards for Best Wedding Hair and Makeup.

Matt was born Texan, but was raised in Natchez, MS after moving here is his childhood.  He is the son of Peggy Mayberry.  He attended Cathedral School but left before graduating to attend the Mississippi School for Mathematics and Science (Class of 1999). He is also a graduate of Mississippi State University in Chemical Engineering (Class of 2004).   He moved back to Texas to start his career in Oil & Gas Engineering in 2005.   Matt lived in several Texas cities before moving to Fort Worth, TX.   After a decade in Fort Worth, Natchez once again called him home.   In 2013, He moved back to Natchez to be closer to family and has worked as the Drilling Engineer for Energy Drilling Company.

He is the co-captain and star pitcher of normally 4th place kickball team.  Matt enjoys attending live music shows, road trips, chasing hot air balloons, lazy days on boating on Lake St. John, hosting evenings with friends, an avid tennis player and a terrible golfer. The Silver Fox is always ready for a good time and an adventure Sunday. He is single ladies!

Katie is a native of Natchez and attended Franklin County High School.  She graduated from The University of Mississippi with a degree in Risk Management and Insurance.  While at Ole Miss, she was an active member of Kappa Kappa Gamma Sorority.  She graduated with highest distinction from Alcorn State University with a Masters in Business Administration. Katie currently serves as Operations Manager for Forrest Johnson Wealth Management in Natchez.

Katie is a graduate of the Leadership Natchez Class of 2015. She is a member of Trinity Episcopal Church, Natchez Garden Club, Krewe of Phoenix, and the Queen Bees.  She has served on the board of directors for the Natchez Convention Promotion Commission since 2016, serving as Secretary and Treasurer for five years.  She previously served as the marketing chair and ticketing chair for the Natchez Festival of Music and has organized several community cleanup projects.

Katie is married to Bubba McCabe, Duke of Versailles XXXVIII, they currently reside in Natchez. Bubba and Katie own and operate the Pig Out Inn. When Katie and her husband are not working, they enjoy road trips with no reservations, white water, attending concerts and festivals, cheering for Ole Miss, and volunteering in their community. Katie is the daughter of Judge and Mrs. Forrest Al Johnson of Natchez.

Bryant Killen and his wife Carlyle live on Lake Concordia in Ferriday with their 3 children. After attending Tensas Academy, he would go on to graduate from Louisiana State University in 2008. He is currently the Deputy Director of the Lake Providence Port Commission, the Tensas Port Commission, and the Vidalia Port Commission. Bryant enjoys spending time with his wife and children, most all sports, and being in the outdoors.

Natalie is originally from Ferriday, Louisiana.  She is the daughter of Peggy and Eddie Crow, granddaughter of the late Vera and Woodie Davis, and the late Eunice and Robbie Crow.  She is a graduate of Huntington High School class of ’93.  Natalie is an alumnus of the University of Louisiana – Monroe where she became a member of Alpha Omicron  Pi Sorority and received a degree in English Education and Library Science.  She has been married to Dr. Keith Schwager of Natchez for 23 years.  Together they have three daughters, Anna, Rose, and Helen, past and present students of  Cathedral Catholic School.   Natalie spends much of her time volunteering, substituting, and supporting The Greenwave.  She is a member of the Pilgrimage Garden Club.  Natalie and her family attend St. Mary Basilica where she assists with CYO and Confirmation programs.

Joel Lessley was born and raised in Natchez, MS. He has been married to Jennifer Lessley, a Pediatric Nurse Practitioner, for 23 years and they have two daughters, Taylor, 20 and Meredith, 17.

Joel played tennis for Copiah-Lincoln Community College from 1989 until 1989, and he was later inducted into the Co-Lin Sports Hall of Fame in 2012. He is a 1993 graduate of the University of Mississippi. Hotty Toddy! Joel works as property manager for Hardware Management Company in Natchez.

Joel is an avid sportsman; he enjoys being outdoors, spending time with his family and friends, watching his daughters play sports, and hanging out at the hunting camp. In his spare time, he enjoys grilling and cooking for his family and attending Ole Miss football and baseball games.

Tyanna was born in Natchez and was adopted at the age of 3 years old by George and Elaine Rouse.  Her family moved to Franklin County when she was a child, where she grew up. She graduated from Franklin High School and later moved to North Carolina where she attended Coastal Carolina College and obtained her certification in Dental Assisting. She worked in the field of Dentistry for 10 years. After leaving the dental field, she pursued a career in banking where she has been for the last 20 years. She is a graduate of the MS School of Banking. She is currently a Vice President at United MS Bank.

Tyanna lives in Vidalia with her partner, Mike Smith. Mike and Tyanna have 4 children between them, Lance Smith, Leia Freeman, Brittany Simpson and Sumer Rasberry and 10 beautiful grandchildren who she cherishes. She loves spending time with family and friends, traveling and living life to the fullest.

Casey was born in Natchez and raised on the family farm near Harrisonburg, Louisiana. He has been involved in farming throughout his life and assumed a full-time role in the operation upon completing his degree in Biological Engineering at LSU in 2014.

Casey’s parents are Paul and Melissa Cater of Harrisonburg and he has one sister, Erica, who resides in Shreveport. History, learning, and community are important to Casey and thus continue to draw him towards Natchez and its charms.

Susan Harris is a local insurance agent that is well rounded in property and casualty insurance, life insurance, and health insurance. She earned a bachelor of arts degree from Mississippi State University and a Master of Arts degree from Jackson State University. She is a native of Carthage, MS and now resides on Lake St. John in Ferriday. She has two children Eliza, 7 and Henry, 6 and is married to Cameron Harris. Susan has been in insurance for over 10 years and currently works at Stephens & Hobdy Insurance in Natchez, MS handling commercial accounts. Susan is chairman of the Lake St. John Flotilla committee and involved in the Natchez Trace Kiwani’s club, Natchez Garden Club, Cathedral Fall Festival fundraising committee, and the Mississippi State University Alumni chapter of the Miss-Lou. She also successfully completed the Leadership Natchez Program in 2020. In her spare time she enjoys traveling, cooking, and spending time with friends on Lake St. John.

He is a 3rd generation 2001 graduate of Cathedral High School, a graduate of Co-Lin Community College and Alcorn State University. He is a Senior Nuclear Equipment Operator at Entergy’s Riverbend Nuclear Station in St. Francisville, Louisiana for the past five years. He has one daughter, Myra Blair, who is a freshman at Louisiana Tech University and six nieces and two nephews.

Sarah Lindsey was born and raised in Natchez. She graduated from Cathedral High School in 2001 and the University of Southern Mississippi with a Bachelor of Science majoring in Tourism and Hospitality Management. She is wife to Chase Laukhuff and mother to her favorite little person, John Graham.

Sarah Lindsey serves as Events Coordinator at the Natchez Grand Hotel. With a passion for Natchez, she is actively involved with the Natchez Chamber of Commerce, Young Professionals, Tourism Marketing and Advisory Committee, Christmas in Natchez, Live at Five, and Kiwanis. She was awarded Natchezian of the Year in 2019 by the Natchez Chamber of Commerce and Top 50 Business Leaders Under 40 by the Mississippi Business Journal.

She is the daughter of Patricia Kling Duffy and Bob Rogers and sister to Patrick, Brynson, and Wesley.

Sarah Lindsey and her family are members of Trinity Episcopal Church.