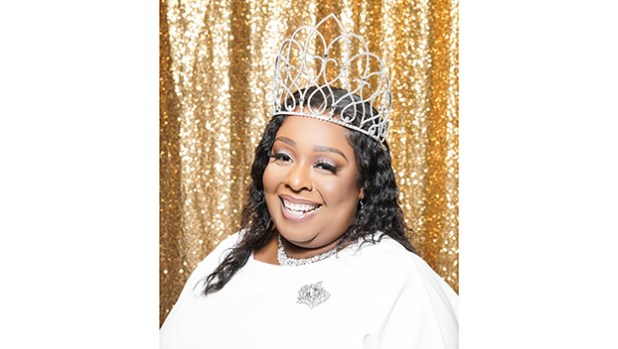 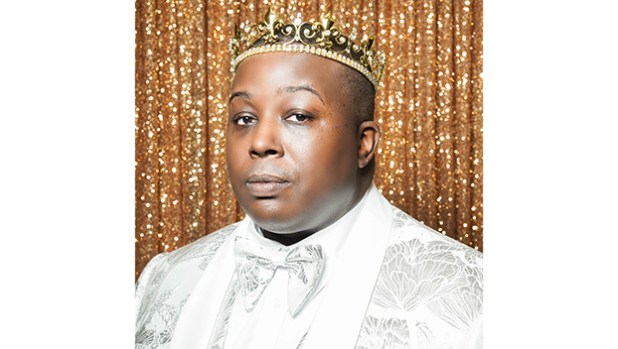 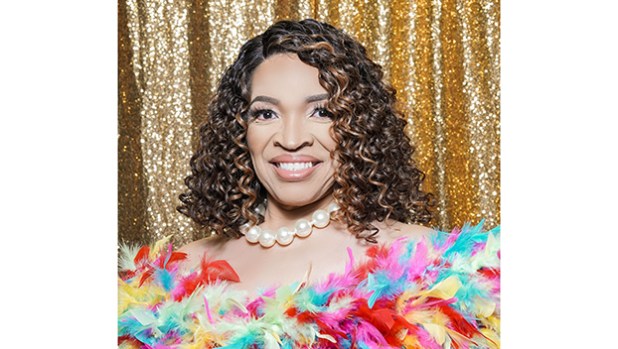 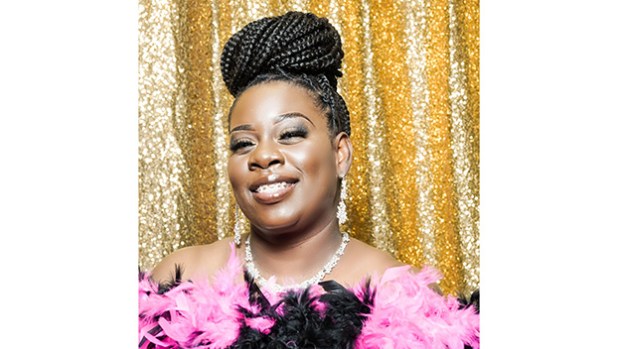 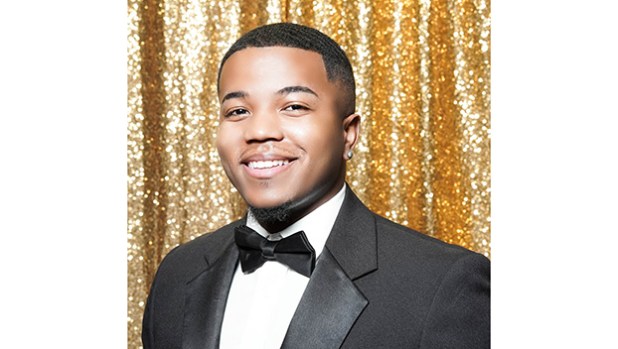 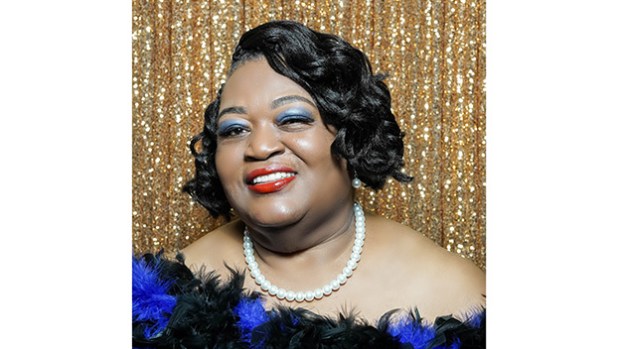 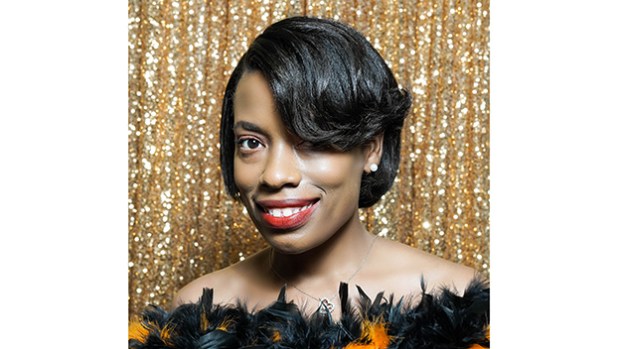 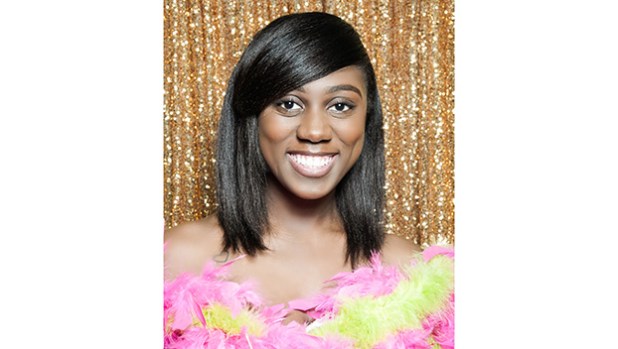 NATCHEZ — The Krewe of Heart & Soul is celebrating the 2022 Mardi Gras season with its 8th annual Grand Ball is this Saturday at the Natchez Convention Center.

The theme this year is “Soul Circus under the Big Top!”

Special guests include the “Mistress of Ceremony,” radio talk show host Denise Clark, and “Master of Ceremony” WISH TV news anchor Randall Newsome with live entertainment by N-Tune and D.J. Wallace. Tickets are $40 each and tables seating 17 people are for sale for $350 each. Doors open at 7 p.m. and lock at 8 p.m.

The attire is black tux and floor length formal gowns, and masks are required.

Queen Lamecca LaShay Hewing is the daughter of the late Jessie Hewing of Vidalia, La., and the late Isom Carmon II of Natchez. Hewing was born in Natchez, but raised in Vidalia. She is the proud mother of three daughters Tatyana Hewing, Janecia Green and Diamond Butler, and one God daughter Kayla Lucas that resides in Houston, TX.

After working many years at Krystals, Lamecca is currently employed by the Concordia Parish School Board which she serves in food service at Vidalia Upper Elementary School. Lamecca enjoys her coworkers and says that they are truly remarkable.

Lamecca loves cleaning. She is the owner and operator of “Mini the Maid Cleaning Service.” She serves as a member of the “Order of The Easter Star Rosewood No.65” in Vidalia,

Lamecca loves helping others and being around family and friends. She enjoys working on projects with her beautiful girls, and being part of The Krewe of Heart & Soul.

Her Motto is: You only have one life to live so live it to the fullest!

King Darius Waddell Andrea Davis is the son of Patricia and Anthony Smoot and Waddell and Laura Thomas.

Darius is a loving father of two handsome sons Dylan and Jasper Davis. He is engaged to Jasmine Morris.

King Darius Davis is a member of W.T. Grant No. 2 All Free and Accepted Masons.

In his spare time, he enjoys spending time with his family and friends, cooking, traveling, and investing in the stock market and cryptocurrency.

Darius is a firm believer in God, and believes being righteous is the key to life.

She is a graduate of South Natchez Adams School and Alcorn State University where she received her B.S and M.S. in Biology and a M.S. in Guidance and Secondary education.

Tonya is currently employed by the Hazlehurst City School District as a Biology I teacher. She also serves as an adjunct professor at Copiah Lincoln Community College, and she serves as a mental health counselor for Cognitive Development Center. She is a member of the Antioch Baptist Church where she sings in the choir and serves on the decorating committee. She is also member of the Clinton Mississippi Alumnae Chapter of Delta Sigma Theta Sorority, Inc. Her hobbies include shopping, crafting, helping others and spending time with her family.

Her Motto: Count your age by friends, not years. Count your life by smiles, not tears.

Co-Captain Lanthia Bangham is the daughter of Clara Battle and Late Robert Wiley. She is the proud mother of one daughter, Nakiya Clark who is a student at Grambling State University.

She is a member of Oakwood B. C. in Waterproof, La.

She is an avid philanthropist through all the organizations she is a part of.

Her Motto: There is always something to be grateful for.

Duke Christopher “CJ” Herbert Jr. is a native of Natchez.  He is the son of Lauretta & Christopher Herbert Sr. CJ is a 2013 graduate of Natchez High School and a 2020 graduate of Alcorn State University, where he received his B.S in Psychology.

Christopher is currently employed at M.A.P (Headstart) where he serves as a case manager and Bruce Professional Counseling as a community support specialist. He is a member of Claremont Baptist Church.

In his spare time, he enjoys working out and spending time with family and friends.

His Motto: Start each day with a positive thought and a grateful heart.

Duchess Regina Harris is a native of Natchez. She currently resides in Ferriday, La. She is the daughter of Leonard Wallace and the late Olegrette Wallace. She is the proud mother of nine daughters, Samantha, Jessica, April, Sirena, Nesha, Olivia, Shakayla, Jaliya, and Tifani Harris. Regina has eight grandchildren. Three siblings Leonard Wallace Jr., Norris Wallace, and Lawanda Baskin.

Regina is a 1980 graduate of South Natchez Adams High School. She is also a graduate of Copiah-Lincoln Community College. She worked as a Licensed Practical Nurse for many years until she retired.

Harris is a member of St. Mark Baptist Church of Clayton, where she serves as an usher. She has been a member of Ferriday High School Booster Club for 20 plus years. She is a member of the Order of the Eastern Star, Deborah Chapter 5, under Adah Grand Chapter. She is a foster parent and received the Foster Parent of the year award for 2015 for Alexander, LA Region. Harris has fostered 50 plus children during her course of being a foster parent. Harris enjoys shopping, crafting, sports events and traveling. She goes on at least 3 cruises a year if covid allows.

Her motto: “There is always room for one more.”

Duchess April Marie Harris is a native of Ferriday, La., where she currently resides. She is the daughter of the Late Victor Harris and Duchess and Vice President Regina Harris. She is the proud mother of one son Colby Wallace and two daughters Emmeria and TaLexia Harris.

Harris is a member of St. Mark Baptist Church where she sings in the Choir.

Her motto: “I Can Do All Things Through Christ Which Strengthens Me- Philippians 4:13”

Jerrica Newman, a native of Waterproof, La, she is the daughter of Valarie Clark and Jerry Newman. She is the mother of a handsome baby boy, Mr. Bryant Colton a.k.a. “Mr. Sexy Man,” and the inherited mother of PJ.

Jerrica is a graduate of THE Grambling State University, with a Doctorate in Educational Leadership pending. She is a proud member, of the BEST Sorority known to mankind, Alpha Kappa Alpha Sorority, Incorporated.

Her Motto: Hold yourself responsible for a higher standard than anybody else expects of you.