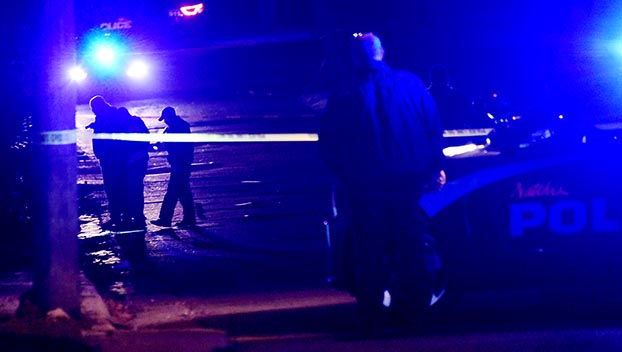 Police investigators with flashlights mark evidence at the scene of a fatal shooting on Oak Street between N. Pearl and N. Union Streets Thursday night. (Ben Hillyer / The Natchez Democrat)

NATCHEZ — Natchez Police are working the scene of a fatal shooting in the area of Oak Street Thursday night.

Coroner James Lee confirmed he was called to the scene within an hour later.