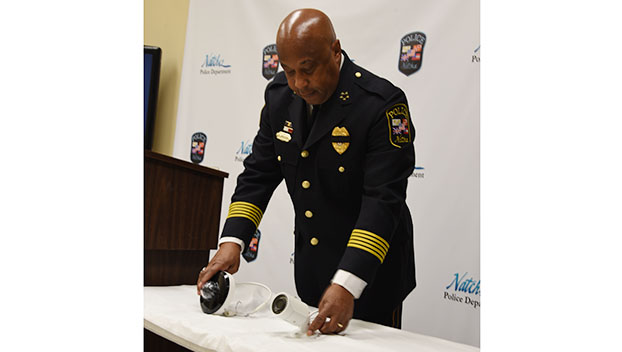 NATCHEZ — Natchez has experienced at least three different shooting incidents in the past week, one of them fatal, to which officials said they are working on a plan.

Ronald Cortez Johnson, 29, was arrested for a shooting at Martin Luther King and Madison Streets Friday night and has since been booked in the Adams County Jail.

A victim was taken to the hospital with non-life-threatening injuries, authorities said.

One night earlier, officers responded to another shooting in the 500 block of Oak Street, at approximately 9:45 p.m., where Antonio Foster, 35, was found dead on arrival.

A second gunshot victim, Wayne Hammett, 32, was transported to Merit Health Natchez by private vehicle and then transported to UMMC in Jackson. No suspects have been arrested yet in this incident, which remains under investigation.

Police also responded to shots fired around the Zipy Food Store on Martin Luther King Jr. Street on Tuesday last week, where no one was injured and no suspects have been caught. However, bullets were recovered from a man’s vehicle and a house in the area and multiple shell casings were found around the scene, law officials said.

In a livestream on social media Natchez Mayor Dan Gibson said they believe the shootings are connected and are retaliatory.

“We are taking this seriously. There is no one more concerned about crime in Natchez than I am. We have officers who are giving their all to make sure our city is safe. We have a plan,” Gibson said in the live.

Natchez Police Chief Joseph Daughtry agreed that more work needs to be done to make the Natchez community safer and said law enforcement is putting forth their best effort. He also said he would be calling on others for help.

Daughtry said he has been paying visits to other cities such as Baton Rouge, Jackson and Hattiesburg to find out what things they’re doing to tackle crime issues. One thing they are doing is installing new crime cameras in areas where needed.

This was done with the help of a $150,000 grant from the United States Bureau of Justice and from individuals who agreed to supply the city with WiFi and a power source to run the cameras. Video is transmitted via the Internet to the Project NOLA’s national crime center in New Orleans in real-time, providing information to responding units as it happens.

“All our cameras have helped,” Daughtry said. He added the cameras played a role in capturing a suspect in the first homicide this year at Holiday Apartments.

Police arrested Michael Thomas and charged him with the Jan. 4 shooting and killing of 33-year-old Johnny Ricardo Mason at the apartment complex in Natchez. Not only did the cameras capture a suspect, but Mason identified Thomas as the shooter just before he died, law officials said. Daughtry said he would like to have more cameras all over Natchez.

However, doing so costs money.

“I’d like to have as many cameras as we have red lights, but we have to be realistic about it,” Daughtry said. “We’re actively searching for grants to get some of this stuff. We’re currently working on programs will be coming into play in the near future.”