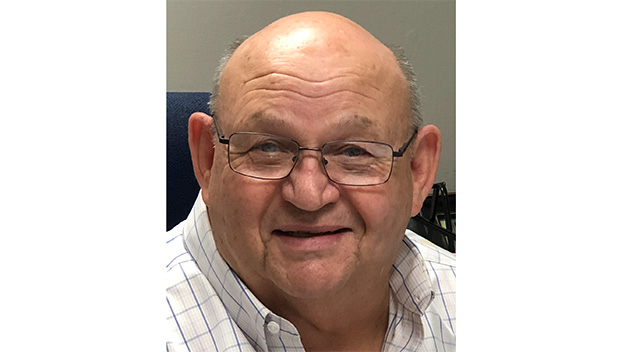 Concordia Parish Tax Assessor Jerry Clark is retiring on March 31 before the end of his third term.

VIDALIA — Concordia Parish Tax Assessor Jerry Clark is retiring on March 31 before the end of his third term.

Clark has been the assessor for a little more than nine years beginning when he first took office on Jan. 1, 2012. However, he has been in the assessor’s office for much longer, starting June 1977, and worked as the chief deputy assessor for 15 years before being elected, he said.

In 44 years, Clark said the assessor’s office has made “leaps and bounds” to where it is today.

One of the biggest changes since he took office has been the move to online mapping, he said.

Prior to 2016, land records were kept in a 3-by-3-foot physical map with legal descriptions of each person’s property that had to be redone every year as ownerships changed. Today, this is all done digitally with a geoportal and aerial imaging that is also tied into Google maps, so that the public can see both a street view and aerial photograph on the web.

Archer started working for Clark as chief deputy assessor when he came into office in 2012 and has been certified and re-certified by the Louisiana Assessor’s Association during her nine years in that position. She plans to run for the seat in the November election, which will decide who fills the seat for the remainder of Clark’s unexpired term, he said.

“It is going to be in good hands,” he said. “(Archer) came on with me when I was elected. She worked for an attorney for a number of years before I appointed her. … She does a good job and is very qualified.”

Post-retirement, Clark said he plans to travel and spend more time enjoying his family after losing some family members to COVID-19. He said he would miss the people he worked with

and serving the parish.

“It has been a privilege to work for the people of this parish,” Clark said. “It’s been an honor and I’ve enjoyed it all. … Most of all I thank God for blessing me with this position and my family for all of their support.”

The Concordia Parish Police Jury on Monday agreed to hire a redistricting company to ensure they are compliant with the “one person-one vote” requirements of the U.S. Constitution after the 2020 Census revealed a population decline in the parish.

The 2020 Census results show the population of Concordia Parish dropped from 20,822 to 18,687 in the past decade. Because of population shifts, the parish may be required by law to adjust the voter districts.

On Monday, the police jury voted unanimously to hire Strategic Demographics LLC to do the work of determining what district adjustments are necessary, if any.

The cost of their contract is $14,000, however, the parish receives a discount of $3,000 if the Concordia Parish School Board chooses to use the same company, as they have in the past.

The parish also received a second proposal from Geographic Planning & Demographic Services that would have cost $25,500 with the school board discount, however, the parish chose the less expensive contract.

School and parish officials said they are pressed for time to complete the project before any special elections this year.

The Concordia Parish School Board also has an upcoming special election to fill the District 5B school board seat vacated by former board member John Bostic, who stepped down Nov. 1 before the end of his term.

During a Jan. 13 board meeting, Nicky Pere was officially sworn in to fill the seat until a special election is held on March 26. A runoff, if needed, is scheduled for April 30. Qualifying for the special school board election is Jan. 26 through 28 during business hours between 8:30 a.m. and 4:30 p.m. at the Concordia Parish Courthouse.