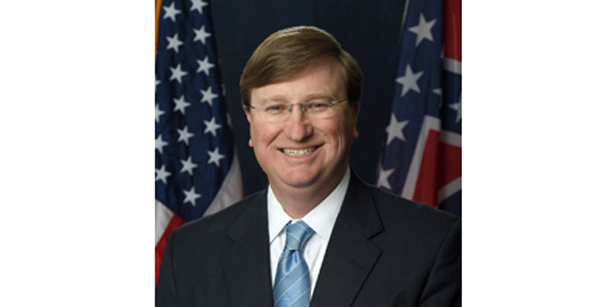 JACKSON, Miss. (AP) — Mississippi Gov. Tate Reeves said in his State of the State speech Tuesday that cutting taxes, giving pay raises to teachers, investing in infrastructure and expanding the state police presence in the capital city of Jackson are among his priorities this year.

“We tell every young parent: We will be your partner in educating your child. Together, we will make sure that if they work hard, they will learn what they need to learn,” Reeves said during the 46-minute speech on the south steps of the state Capitol.

State of the State speeches traditionally are held in the Mississippi House chamber, with lawmakers, judges and other spectators sitting shoulder-to-shoulder. For the second year in a row, the speech was outdoors as a pandemic precaution, according to Reeves chief of staff Parker Briden.

Reeves — now in his third year in the state’s highest office — called on the Republican-controlled Legislature to eliminate the state income tax, saying that would help Mississippi attract more jobs.

“We can put ourselves in a position to stand out,” Reeves said.

The House has already passed a bill that would phase out the income tax, reduce the tax on groceries and reduce the property taxes that people pay for car tags. That bill goes to the Senate, where leaders have not revealed their own plans for tax changes.

Mississippi teachers are among the lowest-paid in the nation, and Reeves said he supports a salary increase for them. The House and Senate are working on plans.

“Teachers in Mississippi did not, and will not, back down amid this unprecedented educational battle between a virus and a child’s right to learn,” Reeves said. “That is why we must give our teachers the pay raise they deserve.”

District 37 State Senator Melanie Sojourner said she was happy to see Reeves recognize the teachers in Mississippi. Teachers need to have the tools to succeed in the classroom, which starts with spending money on classrooms and not administration, she said.

Reeves also called on legislators and the state Board of Education to prohibit schools from teaching that either the U.S. or Mississippi are “inherently racist.” State Superintendent of Education Carey Wright has said schools are not teaching that.

“We will not teach that your race determines your status as a victim or oppressor,” Reeves said.

Sojourner agreed with Reeves and said the state should prohibit teaching of Critical Race Theory and Social Emotional Learning in schools.

Additionally, she said the state needs to take action to make sure people have the right to live without burdensome COVID restrictions, protecting civil liberties and do better for law enforcement. She called for Mississippi to remain conservative and to push back against the president’s administration.

“We must also push back against the Biden administration,” Sojourner said.  “We must remain a conservative state where families can be proud to live without federal intervention.”

Mississippi is receiving $1.8 billion in pandemic relief money from the federal government. Reeves said he agrees with Republican Lt. Gov. Delbert Hosemann about spending the money on “transformative” projects.

Reeves called on legislators to expand the presence of the state-funded Capitol Police in Jackson, which saw a high rate of homicides the past two years.

“If our state is to thrive, we need a capital city of order,” Reeves said, speaking just hours after two people were wounded in a shooting a few blocks from the Capitol. ”Governed by laws, not abandoned to daily violence. We all have an interest in stopping this deadly cycle.”

In the Democratic response to the speech, Greenville Mayor Errick Simmons said members of his party support pay raises for teachers, economic development in parts of the state that have been ignored and expansion of Medicaid. Reeves has opposed expanding Medicaid to people who work low-wage jobs that don’t provide insurance.

Weeks before Mississippi recorded its first COVID-19 case, Reeves gave his 2020 State of the State on a platform that had been built on the Capitol’s south steps for his inauguration. He was inaugurated inside the Capitol because of bad weather. Days later, the speech provided an occasion for the platform to be used. That temporary structure was soon removed.