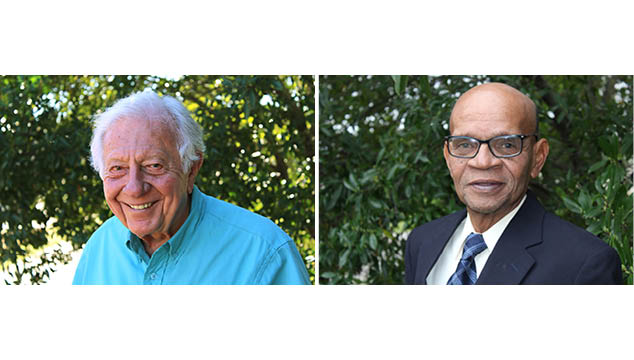 NATCHEZ — Former Natchez mayors Tony Byrne and Philip West asked the Mayor and Board of Aldermen on Tuesday to consider annexing parts of Adams County into the city limits.

“I’m not sure we have any comment or discussion on it, but we are allowing you the time you requested,” Mayor Dan Gibson told Byrne, who had asked to be put on the agenda.

Byrne said the seven former living mayors of Natchez are in agreement in asking the city to consider annexation.

“The population of Natchez has deteriorated from its high in 1960 of 23,792 to an estimated population in 2021 of 14,178. Natchez is now the 29th largest city in Mississippi,” Byrne said. “Since 2000, we’ve lost 20.4 percent of the population. Ninety-eight percent of the cities our size in the United States have grown. We have not grown. If you don’t grow, you die.”

Byrne served as Natchez mayor for 22 years, beginning in July 1968. He is credited with successfully navigating the city through some of its most challenging days.

“We are suggesting to you that you do a study to see if it is feasible for the City of Natchez to expand the city limits and we suggest you consider annexing the areas of Broadmoor, LaGrange and the Beau Pre area to the south.

“We feel the population has deteriorated to the point … 29th city? I know we are proud of Natchez, but that’s terrible. We have a lot of people outside the city that don’t want to come in. You understand that. But they use our facilities and I think they need to be a part of Natchez,” Byrne said.

The city’s last annexation was after Byrne was in office.

“By 1970, we had a population of 19,704. That was during the civil rights era. We expanded and took in The Hills and The Trees (subdivisions) and out north all around,” Byrne said.

“I think you would probably have that amount again,” he said.

“I will point out to you when we did annexation, we started on Dec. 27, 1974, and by the time we got that through the courts, it was May 15, 1977. If you start now, it’s going to be a while. You have to go to court anyway. Somebody is going to definitely take you to court. We are asking you to consider the possibility of doing an annexation study,” he said.

Ward 2 Alderman Billie Joe Frazier said if annexation is what the city needs to grow, he is all for it.

“I have been saying this for the longest. We need to plan for the future. And if annexation is it … I know we will have opposition, but if that’s what we need to grow, that’s what we need. We have Natchez Water Works already out to Cranfield because of the prison,” Frazier said. “We need to go on as a board and step toward the future and go on and do this as soon as possible.”

Byrne said while the city has experienced economic successes of late, that many prospects would look at a declining population as a negative.

“If they see it’s deteriorating, that’s a bad statistic to have. With all the positives y’all are doing, you don’t need a negative.”

“There are the things the city provides, like municipal water, sewage treatment. We provide maintenance to the roadways, fire protection, police protection, so it’s kind of a one-sided deal,” Dillard said. “I think a study is in order. It’s not just knee jerk. I agree with the former mayor that there’s more to it than just the numbers. It’s the quality of life and the services the City of Natchez can provide you. And yet, the city, to me, has to be able to maintain those services.

Gibson said he was not certain the board needed a motion to study the possibility of annexation. Dillard said he made a motion so the issue would move forward.

“I don’t want it to be stalled,” Dillard said.

“Do you know how much it’s going to cost?” Gibson asked.

“Before we go on record that we are going to do a study, I want to know how much money that study is going to cost. What will be involved in that study? We’ve only had a five-minute discussion. Let’s get the information on what a feasibility study would look like and what it would cost and we could go from there,” Gibson suggested.

Dillard withdrew his motion to approve a feasibility study for annexation.

At the end of the discussion, West reminded the aldermen Natchez has an advantage when it comes to annexation because Adams County only contains one municipality.

“I would like to point out that Natchez is also unique in that we are the only one, or one of the few, that has only one municipality in the county. People in the county say, ‘I’m from Natchez.’ You don’t have the competing elements of some other municipality that’s trying to hold on. You just have to convince those who live outside the city of the advantages they would benefit from,” West said.