A life of testimony and hardwork 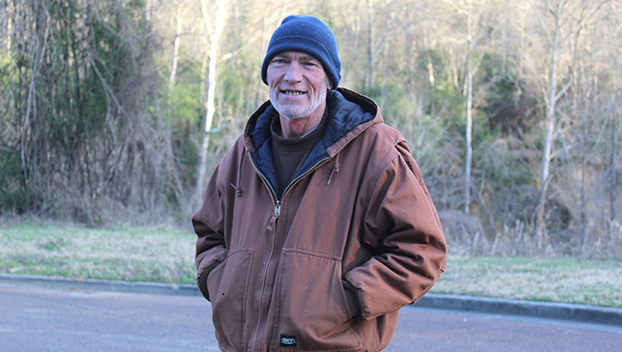 Eddie Forbess first moved to Vidalia in 1973 as an 8-year old. The Helena, Arkansas, native worked for 22 years in the Miss-Lou as a welder before taking a job at The Mark Apartments close to where The Dart landed Thursday. (Hunter Cloud | The Natchez Democrat)

NATCHEZ — Vidalia resident Eddie Forbess first moved to the Miss-Lou in 1973. A welder for 22 years, he took a job in maintenance at The Mark Apartments on Lower Woodville Road this last year, close to where The Dart landed Thursday.

He was 8years old when his family left Helena, Arkansas.

It was a poor area of Arkansas located in the Delta. His dad was a saw filer and worked on bandsaws for sawmills. Chasing work, his father moved the family around until his mom put her foot down in Vidalia.

Looking back, he is grateful his dad left Helena.

“I don’t know what would have happened to me if we had stayed,” Forbess said. “I could have ended up in prison or something.”

He went to Maranatha Baptist School and Vidalia High School. Maranatha focused on individual students who learned at their own pace.

At Maranatha, he found God and was saved through the help of his principal. It changed his life, he said. One of the signs of being saved is wanting to share with others, and he wanted to witness to others.

After graduating from Vidalia High School, he decided to become a welder. Forbess attended trade school and bought his equipment.

“It was what I wanted to be,” Forbess said. “I worked for myself from 1999 to last year. Split axle flatbed trailers were the worst to work on. Over time, turning tears them up.”

Flatbed trailers have cramped working conditions for a welder. A foot separates the undercarriage from the deck. There was not enough space for a hood, so he bought a fan to blow the smoke out. After working on a split axle flatbed, he would be sore for days.

Other welding jobs took him out to the woods. While they often required a trek through the woods mud holes, they were not as bad.

After welding for 22 years, he got a job at The Mark Apartments. He now works with his brother maintaining the 96 units on site. Often, they are fixing stopped-up toilets and dysfunctional garbage disposals. He said people don’t realize there is a button to reset the garbage disposal if something gets caught up in the blades.

“It gets a little busy at times. Sometimes we get a lot of calls,” Forbess said. “The biggest thing is when someone moves out, we go in to update appliances and repaint everything. For the number of apartments we have, it is pretty slow here.”

He is thankful for the job. It is easier on his body than welding.

Outside of work, Forbess said he enjoys working on his yard and keeping the grass cut. This spring, he is looking forward to catfishing with his son on the Mississippi River. They recently purchased a boat and plan to take it out.

He can’t wait to get to the mouth of Cole’s Creek and fish for catfish in the Mississippi River again. As a boy, his dad would take him and his brother to Cole’s Creek to run trotlines and hunt.

“I remember one time grandpa was with us. It was so cold and sleeting,” Forbess said. “We had a tarp canvas over us. Grandpa and I were sitting in the middle of the boat while dad drove. We used the tarp to block the sleet. I was 12 at the time. Grandpa grabbed his bottle of whiskey. He told me to take a sip, and I wouldn’t be cold anymore. It sure lit me up.”