Alderman speaks out about charges: ‘I thought there was some mistake’ 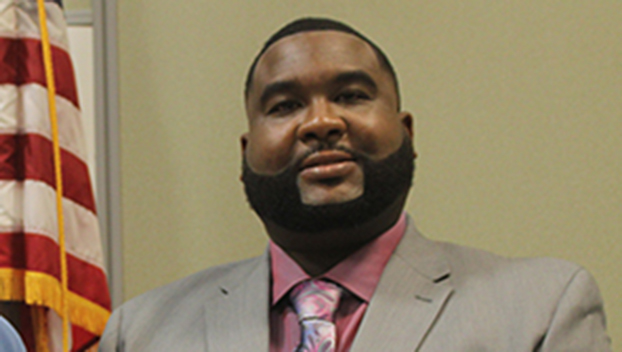 VIDALIA — Vidalia Alderman Robert Gardner Jr. said when he returned from a trip out of the country in 2020 and learned there was a warrant for his arrest, he thought it was an error.

Gardner faces charges of abuse of office and theft. His jury trial, which had been scheduled for 9 a.m. Monday, was delayed after the alderman made a last-minute decision to change attorneys. Judge Kathy Johnson granted him a continuance because Gardner fired his attorney Charles Jones from Monroe, Louisiana, last Friday—two days before his scheduled trial.

Gardner, who continues to serve as alderman of District 2, said arrangements with a new attorney have not been finalized.

However, Gardner’s next court appearance has been scheduled for Wednesday, Feb. 9.

“We were prepared to go to trial,” Burget said. “This was a blindside. Judge Johnson essentially had no choice but to give him a continuance because of his right to an attorney. I’m disappointed that the matter could not be tried (Monday).”

Gardner was indicted on the charges in November 2020 for allegedly taking envelopes owned by the Town of Vidalia with prepaid postage and mailing them to the voter registrar’s office to request absentee ballots as he was running for reelection.

Burget could not give the number of how many envelopes were taken but said at least 11 of them turned up at the registrar’s office and appeared to have the town’s information whited out.

In addition to that, Gardner is accused of making town employees make copies for him on a town printer for non-authorized reasons—that is for any purpose not related to his position as an alderman—which is an abuse of office, Burget said.

The theft is a misdemeanor charge while abuse of office is a felony that could result in one to five years in prison and a $5,000 fine if Gardner is found guilty.

In a letter to his constituents, Gardner states he “did everything within the books to ensure that everyone was given the opportunity to vote during the outbreak of COVID-19.”

“Some people I helped were not in my district, and it held no real value for me,” he said.

He said when he went to the assistant city clerk to ask for some “plain envelopes” he was directed to the utility office, where he was handed the envelopes. After learning that he was charged with a crime, Gardner said he promptly turned himself in with his lawyer beside him.

“I honestly thought there had been some mix-up or mistake,” he said.

Gardner said “the situation was brought to my attention by a city official,” and he paid $5 for the envelopes and was given a receipt.

As for his use of the printer, Gardner said he asked for a copy of a document that “was city-related business and had nothing to do with politics or the election.”

“I hired a prominent lawyer from Monroe, Louisiana, to pursue this cause,” he said. “Unbeknownst to me, a deal has been in the works with the district attorney to have me step down from my position as alderman. I was told that any and all charges would be dropped if I stepped down as alderman.”

Burget declined to comment on whether such a deal had been discussed.

Gardner said in his letter he feels allegations against him were racially motivated.

“Earlier this week, I was told that one of the reasons I needed to step down was because I intimidate the office workers at the Vidalia City Hall … all of which are white women. Imagine that, huh?”

Burget said he expects Gardner’s new attorney to be allowed a reasonable amount of time to prepare for a trial, which could push the proceedings to May.

“We are hopeful that it will happen sooner than that,” Burget said. “This causes a lot of uncertainty.”

“I’m disappointed,” he said. “We have to hold our elected officials to a higher standard. We’ve got to put integrity back into our town.”