Natchez rap artist gets life plus 20 years in prison for murder, felon in possession of a firearm 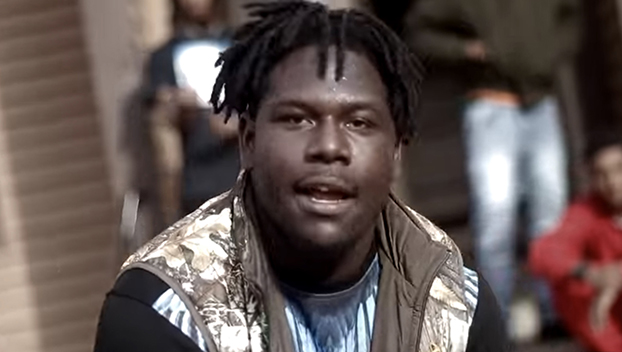 NATCHEZ — A 25-year-old Natchez rap artist received a sentence of life plus 20 years to run consecutively without the possibility of parole for the charges of second-degree murder and felon in possession of a firearm on Tuesday.

Judge Kathy Johnson handed down the sentence for Jordon Johnson’s conviction of the Dec. 15, 2018 shooting death of 23-year-old Da’John Mitchell at a nightclub where Johnson was performing. A Catahoula Parish jury convicted Johnson on Dec. 16.

“He deserves every day of it for what he did,” said district Attorney Brad Burget, who prosecuted the case.

Johnson, who goes by the stage name “Yungen Gunning,” reportedly shot Mitchell while performing at a nightclub in Jonesville, Louisiana, called “Suga Shak” at approximately 1 a.m.

Burget, said Johnson had a person filming his performance when Mitchell allegedly bumped into a stage member and a fight between Mitchell and Johnson broke out. Johnson reportedly shot Mitchell in the back with a .380 pistol he had on him and continued to fire at Mitchell four more times after he hit the floor.

Johnson has been a convicted felon since the age of 18. He pleaded guilty to three counts of aggravated assault in relation to his part in a 2014 shooting incident.

He and three other teenagers were accused of shooting at three men who had driven through the Maryland Heights apartment complex. One victim was struck in the arm by a bullet, another was grazed in the left side of the head and a third victim grazed in the leg.

Court records show Johnson was sentenced in March 2016 for his part in the incident to 10 years in prison with five years suspended and five years post-release supervision on count one; 10 years to run concurrently on count two; and 10 years with five years formal reporting, meaning he had to report to a parole officer, on count three.

He was released on probation from the Mississippi Department of Corrections months before Mitchell was shot to death in Jonesville.

A life of testimony and hardwork