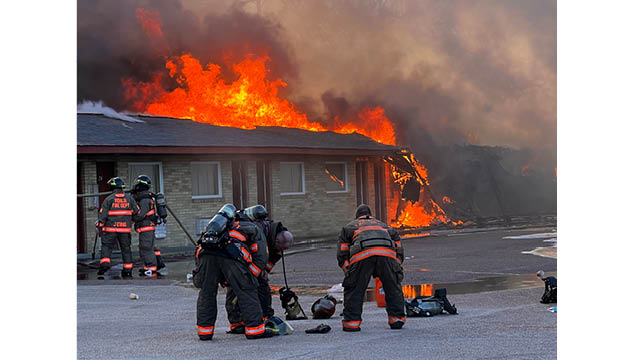 A person of interest is in custody involving a fire Monday at the Budget Inn in Vidalia. (Sabrina Robertson | The Natchez Democrat)

VIDALIA, La. — Vidalia Police have a person of interest in custody involving Monday afternoon’s fire at the Budget Inn in Vidalia, even as firefighters continued to battle the blaze that engulfed more than half of the hotel.

Vidalia Police Chief Joey Merrill said the investigation into the cause of the fire is ongoing.