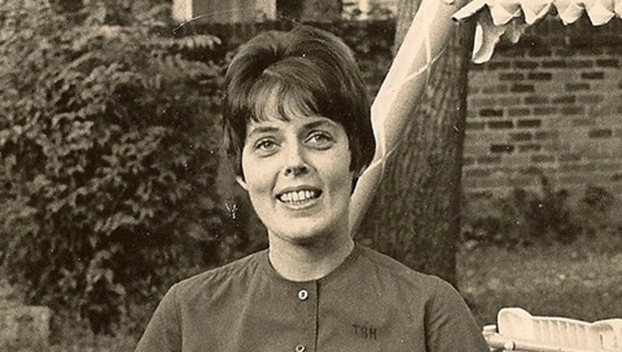 Truly Brown Mount was born on Sept. 9, 1937, in Natchez, Mississippi to Sidney Ellis Brown and Thelma Truly Brown.  She grew up in Fayette, Mississippi, a small town where she was nurtured by a large extended family. Her grandfather, Jeff Truly, a state legislator, Mississippi supreme court justice, and founder of the Jefferson County Bank and Fayette Presbyterian Church, inspired her interest in politics and civic life.  Each day after school, Truly went to the home of her grandmother, Mattie Whitney Truly, who taught her to read and ignited her passion for reading. Truly’s father was a builder and a Presbyterian elder.  Her mother worked at the family-owned bank and served as a Sunday School teacher. Truly attended high school in Fayette and became an accomplished pianist. A highlight of her childhood was going on the Mississippi Youth Tour, which took her all over the eastern United States and parts of Canada, broadening her horizons.

Truly excelled as a student and, in 1955, she enrolled in college at Southwestern at Memphis (now Rhodes College). There, she met Eric Mount, a fellow Southwestern student from Cape Girardeau, Missouri. By the end of her first year, the two had fallen in love. Truly and Eric married in May 1958, with Truly finishing college in three years and graduating one week after the wedding. While in college, Truly discovered her passion and ability for the French language and graduated with distinction with a Bachelor of Arts in French. She was also inducted into Phi Beta Kappa.  In the early years of their marriage, Truly and Eric lived in Richmond, VA, Crossett, AR, New Haven, CT, and Durham, NC, as Eric completed his education, and the couple started a family. Their first child, Allison, died of leukemia at the age of 14 months. They went on to have four more daughters. In 1966, Truly and Eric moved to Danville, KY, where Eric joined the faculty at Centre College. They remained in Danville until Oct. 2020, when they moved to Masonic Homes, a retirement community in Louisville, KY.

Throughout her life, Truly continued to pursue her interest in French language and culture. She completed a master’s degree in French literature at the University of Kentucky in 1980, and had a long career teaching French at Centre College and Danville High School. She also taught at Boyle County High School, UK, Transylvania University, and Midway College. Truly and Eric led Centre’s semester-long program in Strasbourg, France three times, as well as a January term program in Strasbourg and  Geneva, Switzerland. Truly retired from teaching at Centre in 2001.

Truly made a total of 29 trips to France. Her first trip was in 1974, when the family of four children, ages 3, 5, 10, and 13, lived in Paris on Eric’s sabbatical leave. Ten years later, Truly and four friends spent a month in France. Truly and Eric led Centre alumni on five trips to France and Scotland.  One of Truly’s projects was to make sure all ten of her grandchildren traveled to France. She and Eric acted as tour guides and introduced the grandchildren and children to their favorite spots.

Truly was a lifelong Presbyterian and served as an elder, a Sunday school teacher, and committee chair. She served as coordinator of Meals on Wheels and ministered to those experiencing loss as a volunteer for the Stephen Ministry. Truly and Eric were part of a mission trip to Mexico with Living Waters for the World.

Truly made numerous contributions to the Danville community.  She was a volunteer for Habitat for Humanity, Soups on Us, CASA (Court-Appointed Special Advocates), and the Bluegrass Community Arts Center. She served as a nursing home ombudsman for Boyle County. She and Eric served as co-presidents of the Danville High School PTO. Truly was a member of the Pipeline Committee, Kentuckians for the Commonwealth and the NAACP. Truly and Eric were patrons and regular attendees at Norton Center events. Truly especially loved to hear symphony performances.

From childhood, Truly was a lover of animals, especially dogs. She had a soft spot for all animals and donated to countless animal welfare groups. Another source of enjoyment for Truly was books. She founded two book groups in Danville, both of which continue to meet. One of Truly’s favorite destinations was Sunset Beach, NC, where the family vacationed for many years. During retirement, she and Eric also enjoyed snow birding at St. Simons Island, GA. Anywhere she went, Truly loved sampling new restaurants.

Truly was a devoted wife to Eric for 63 years. She was a devoted mother, daughter, grandmother, dog parent, and friend as well as a devoted Presbyterian, Democrat, Francophile, and volunteer.

Truly is preceded in death by her parents and her daughter, Allison.

A service of Witness to the Resurrection will be held at Danville Presbyterian Church on Sunday, Feb. 13, 2022 at 2 p.m. The Rev. Caroline Kelly will officiate. In lieu of flowers, memorial gifts can be made to Hosparus Health in Louisville, KY (www.hosparushealth.org), CASA of the Bluegrass (Court Appointed Special Advocates) (https://casaofthebluegrass.org/), or the American Society for the Prevention of Cruelty to Animals (www.aspca.org).