Jesse Stewart Jr., 55, was allegedly having road rage with other vehicles, driving recklessly and disregarding traffic devices so officers initiated a traffic stop. He fled the scene, and they pursued him. 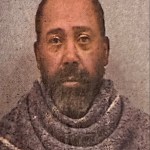 Police apprehended Stewart outside of Greenlawn Memorial Park on Morgantown Road. Upon a search of Stewart’s vehicle, Daughtry said they found a one-year-old baby girl inside.

“She had no child restraints on, so we took her to the hospital,” Daughtry said. “She is doing fine and talking to us.”

An officer was injured when her vehicle was hit. She is at the hospital, but her injuries do not appear to be life-threatening, Daughtry said.