NATCHEZ — Three men charged in a 2018 double homicide case have been scheduled for a trial on March 1 with Sixth District Circuit Court Judge Debra Blackwell overseeing the proceedings.

Natchez Police Department investigators arrested Jameco Davis, Kendarrius Davis and Jacqlaurence Jackson in February of 2021 and charged them each with the murder of Tavonte White, 23, of Natchez, and Alisha Justice, 21, of Missouri City, Texas.

On Nov. 9, 2018, both victims were reportedly found in a 2006 Honda crashed into the wall of the Natchez Stewpot with multiple bullet holes.

No arrests were made in the case until more than two years later “after extensive efforts from the investigative unit of the Natchez Police Department,” according to a news release from NPD. They have since remained at the Adams County Jail. Kendarrius Davis has been issued a $500,000 bond and the others have not been issued a bond, according to court records. 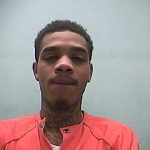 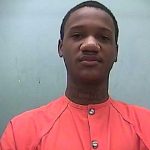 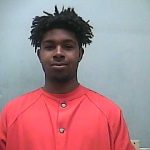 Jameco Davis and Kendarrius Davis were 15 and 17 years old at the time of the murders and Jackson was 20.

Kendarrius Davis and Jackson are both scheduled for criminal pre-trial at 9 a.m. Tuesday, March 1. Jameco Davis is scheduled to appear for trial at 1:30 p.m. the same day when the court is expected to hear a “motion for dismissal for lack of a speedy trial,” according to the court docket.