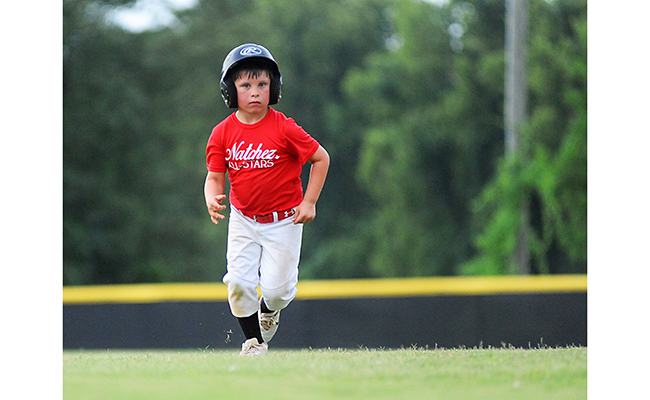 Natchez Dixie Youth registration is open at Sports Center. Birth certificates are needed and the league age of a player is how old they were as of January 1, 2022. Signups for Dixie Youth close March 12, 2022 and tryouts are March 21-22. Tryouts are subject to change.

Age groups are as follows.

T-Ball is five and six-year-olds only, 8U is seven and eight-year-olds and coach pitch. 10U is nine and 10-years-old, minors and 12U is 11 and 12-year-olds, Ozone. All age groups play by Dixie Youth Rules.

Additionally, registration for the Natchez-Adams Girls Softball League is now open until March 12. Anyone who is not registered by March 12 will be charged a $5 late fee. Cost is $65 for one child and $60 for any others. There will be no refunds after the draft. Fee covers the jersey, insurance, trophy, pictures and a drink after each league game.

New players signing up for the league need a copy of their birth certificate.

Opening ceremonies will be held April 21-23 with a jamboree. The first game will be at 6 p.m. April 21 and 22 and 9 a.m. on Saturday. It will be double elimination.

The softball league will begin league play on April 25. All rain out games will be made up on the next available day. For rainout information, listen to 95 Country or visit the Natchez Adams Girls Softball page on Facebook.