Moore, Wimberly lead Cathedral past Porter’s Chapel on the road 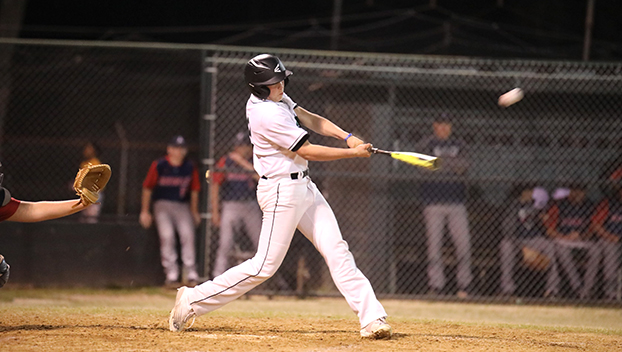 Tanner Wimberly had three base hits and went 3-3 with three RBIs for the Green Wave as they beat Porter’s Chapel 8-3. He has gotten off to a strong start with the bat. (Jody Upton | Green Wave Athletics)

Moore got the start on the mound and he constantly pounded the strike zone. He gave up just five hits, walked only two and struck out five. And one of those walks was to Porter’s Chapel’s leadoff hitter.

And while Cathedral got back on the winning track after its 6-5 loss at Silliman Institute last Saturday afternoon, there were a few things Beesley was not too thrilled with.

“Our hitting and base-running, we’ve got a lot of improving to do on. Tanner had three of our six hits. We had several base-running mistakes that we’ve got to correct before we get to the district part of our schedule. Hopefully, we’ll get to swinging the bats well by then.”

Paxton Junkin reached on an error and scored one run. Moore also scored a run despite striking out three times himself.

“We made an error behind him early in that inning. He got behind the count on a couple of batters and they took advantage,” Beesley said.

“He pitched well in the seventh. I’d love to use him as a closer, but eventually he’ll have to be a starter,” Beesley said. “He made some great plays on defense last night at shortstop.”

Cathedral (3-1) next plays on Friday at the Loyd Star Classic in Brookhaven. The Green Wave takes on a couple of former MHSAA rivals in Franklin County High School at 4 p.m. and Loyd Star Attendance Center at 7 p.m.