Rebels fall in semi-finals to Vols, must win Saturday to keep season alive 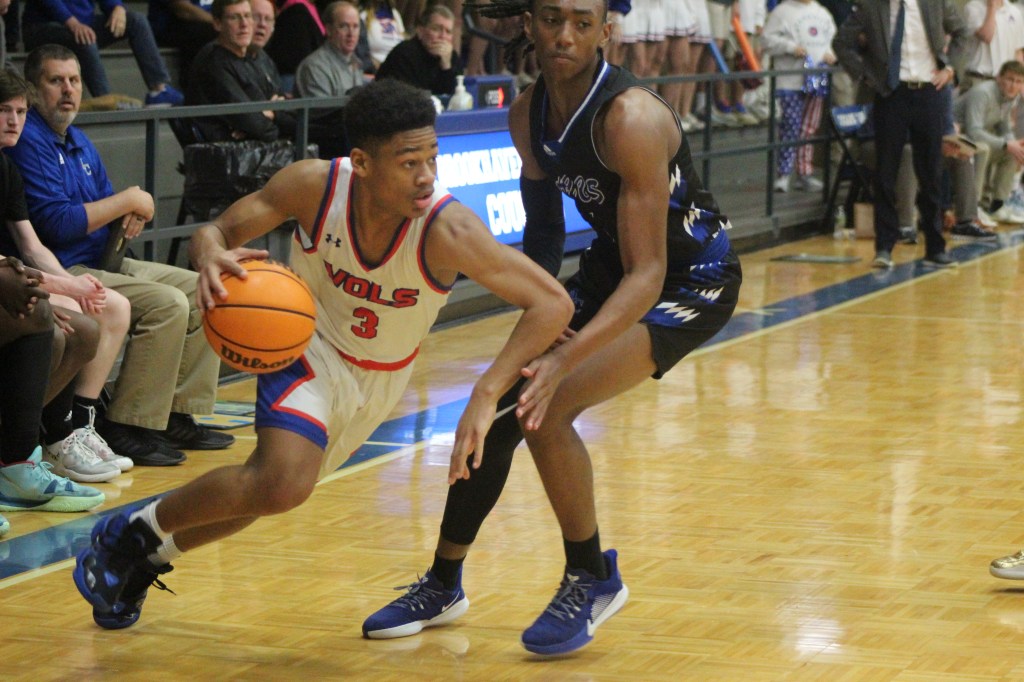 BROOKHAVEN — Starkville Academy kept the athletic and quick Adams County Christian School in front of them on defense and shut down their offense Friday night. The Vols advanced to the MAIS 5A state championship game against Simpson Academy with a 68-45 win over AC.

Junior Rett Keenum led the Vols with 19 points and Jarius Jordan had 18 points in the win. Head Coach Andrew Howell said the squad did a good job of not letting anyone get behind them.

“Our guys played really well on defense and that is what wins you games,” Howell said.

The Vols came out focused and ready to play as they took a 17-6 lead at the end of the first quarter. They outsourced AC 18-10 in the second quarter to take a commanding 35-16 lead.

AC’s head coach Matthew Freeman said “Everything that could go wrong did.” The Rebels struggled to get their offense going and defensively couldn’t slow down Starkville Academy.

Keenum’s offensive success helped lead the team to victory. Brookhaven Academy has a tough gym to shoot in, Howell said.

“We just have to keep him going,” Howell said. “The floor is bigger and so is the backdrop. The run is a little tighter. Anytime you go to a different gym it’s tough. It’s why it’s so important to score around the basket.”

Howell said he didn’t have to tell his team much to get them fired up to play.

“At this point in the season it’s the semi finals. You don’t have to say a lot to get these guys going,” Howell said. “We have been working towards this goal. They are super excited and locked in. We want to celebrate tomorrow night.”

Adams County Christian School will play in a consolation game against Bayou Academy  tomorrow night with tip-off set for 6 p.m. They lost out on a chance to play for a State title but will have the opportunity to play in the MAIS overall tournament. The winner keeps their season alive.

Freeman said it will be hard for either team to get up like they did Friday night. AC has to win Saturday night to keep their season alive.

Senior Tiqi Griffin was the final player to come out of the locker room Friday night. He took the loss pretty hard despite scoring 16 points.

“We will have to sleep on this. It’s a tough pill to swallow. It was the seniors’  last chance to win a state championship so it hurts,” Griffin said. “It would mean a lot to win Saturday.. It means I would get to play a few more games with the seniors. They are going off to play college football. We won’t have the chance to play with each other ever again. I will cherish these games if we advance.”