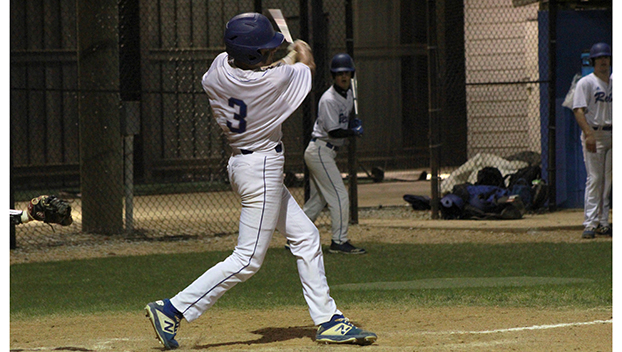 LIBERTY — Coleman Carter pitched six innings of two-hits and had a big three-run home run in the top of the fifth inning as the Adams County Christian School Rebels defeated the Amite School Center Rebels 13-10 last Tuesday night for their first win of the 2022 season.

Carter allowed five runs and struck out eight batters over his six innings of work. His three-run homer gave ACCS the lead for only the second time in the game and helped the visiting Rebels from Natchez have the big inning that they needed.

As for his performance on the mound, ACCS head coach Jake Winston said, “He got stronger as the game went on. His first inning he was a little erratic trying to find the strike zone. The umpire had a different zone than what he usually sees. He was more up-and-down than inside-outside. Once Coleman realized he had to keep the ball inside, the was able to adjust and hit the corners.”

Carter’s home run was described as “a big moment for him” by Winston. He added, “It was huge. We were playing very relaxed. I don’t want guys to get nervous. I don’t want the moment to be too big for them. Coleman stepped up for a big moment.”

“That gave us our first lead since the (top of the) first inning,” Winston said. “Once we got the lead, we got six or seven hits in a row to explode for a big inning.”

“We made a few miscues that almost cost us the game last night,” Winston said. “But we were able to swing the bats well.”

DK McGruder belted three doubles while Aplin finished with two base hits, including an RBI double. Colton Rabb and Tristan Burns each had multiple hits with Rabb having a double of his own.

“It felt good,” Winston said about finally getting that first win of the season out of the way. “I know it’s big time for the kids to get that first win under their belts. We gave up 10 runs on a few miscues. I told them we’re a few plays away from being 5-0. We had a few plays, a few mistakes dictate our season so far.”