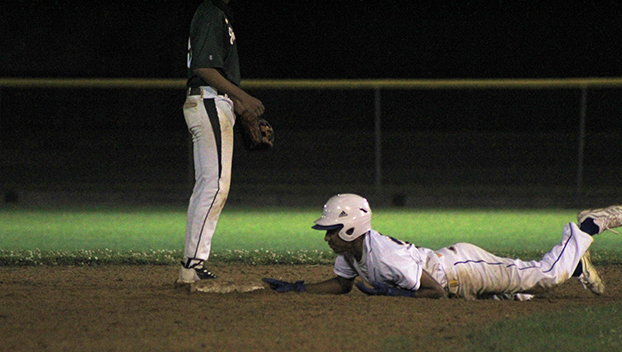 RAYMOND — Even a change in the schedule due to the threat of inclement weather in Hinds County did not bother the Natchez High School Bulldogs as they cruised to a 19-4 win over the Raymond High School Rangers in three innings last Tuesday afternoon in their season opener.

The varsity game was originally to take place at 6 p.m., but with the possibility of severe weather in parts of central Mississippi, including Hinds County, the game was moved to 4 p.m. to get that game in.

Natchez High scored four runs in the top of the first inning, three of them off Raymond starting pitcher Charles Jordan. In fact, Jordan was pulled without recording a single out. He gave up three runs, two of them earned, on two hits and one hit batter. He walked none and struck out none.

Issac Ware was the second of five pitchers that the Rangers ended up using. He lasted one-plus innings and allowed four runs, three of them earned, on two hits and five walks with two strikeouts. Brandon Jones was next and he lasted just one-third of an inning. He gave up seven runs, all of them earned, on four hits and three walks.

Quentavious Robinson was the only pitcher for Raymond who had a good outing on the mound for the home team. He walked one and struck out one over his two-thirds of an inning. Brandon Wilson gave up five runs in one inning.

Jaleel Adams got the start and was the winning pitcher for the Bulldogs. He got off to a good start by pitching two scoreless innings. Then he got in trouble with his command in the bottom of the third inning and the Rangers took advantage. All four runs that the Rangers scored were charged to Adams. He allowed no hits, struck out seven and walked four over two and one-thirds innings.

“Jaleel threw a lot of strikes last night,” Smith said. Adams helped his cause by going 1-for-1, being walked twice, and scoring one run.

Traylon Minor went 3-for-4 with two runs batted in, stole three bases and scored two runs. Jawan Mackey was 2-for-3 with one RBI, five stolen bases, and three runs scored.

“Jawan and Traylon had (five) hits combined. We had at least 20 stolen bases,” Smith said.

“It was our first game. I was happy for our kids with the win. I’ve got basically seven new starters in the line-up,” Smith said. “They did pretty good on their round. For the first game, you don’t know what to expect. They did well. Our two main returners, Traylon and Jaylin Davis, and Rod Simpson, did what they needed to do to carry the team.”

Davis came on in relief of Adams and allowed a single by Mathew Steadham and struck out one in two-thirds of an inning. Jones, Wilson, Jackson Haney, and Caden Logan each scored one run for Raymond in the bottom of the third inning.

Natchez High (1-0) played host to Jim Hill High School for a varsity-only game in its home opener on Thursday at 6 p.m. 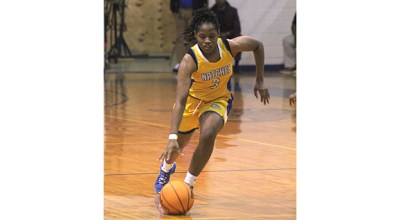 Lady Bulldogs off to good start in hoops, look to make run at state title