NATCHEZ — A man charged with DUI causing serious injury to a Vidalia teen had his bond reduced from $250,000 to $25,000 on Friday with several conditions.

Landon Thompson, 20, has been held in the Adams County Jail since a car accident last month that put his friend Dylan LaPrairie in the hospital. 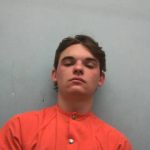 Investigators said Thompson had been driving erratically, weaving all over the highway, before he lost control of the vehicle and it overturned on Hutchins Landing Road near U.S. 61 South.

LaPrairie had been ejected and was found lying on the ground 40 yards from the vehicle.

Another juvenile passenger crawled out of the car with a broken femur and a dislocated hip.

Thompson now faces a felony charge for driving under the influence resulting in serious bodily harm to LaPrairie, who is expected to fully recover from brain and spinal injuries.

LaPrairie, a Vidalia native, graduated from Adams County Christian School last year and has been close friends with Thompson since they were little.

He showed Sixth District Circuit Court Judge Lillie Sanders several police reports showing that Thompson, 20, has a lengthy arrest record although Thompson has never been convicted of a crime.

Thompson’s parents said if he is released, Thompson would stay with his father in St. Francisville, Louisiana, where he could potentially find work within walking distance and receive therapy.

“You can’t drive a vehicle. I don’t care if someone picks you up and throws you behind the wheel,” Sanders said to Thompson.

Thompson could also have his bond revoked if he is arrested or if he consumes any illegal drugs or alcohol, Sanders said.

‘I feel like he has a life sentence already’:…