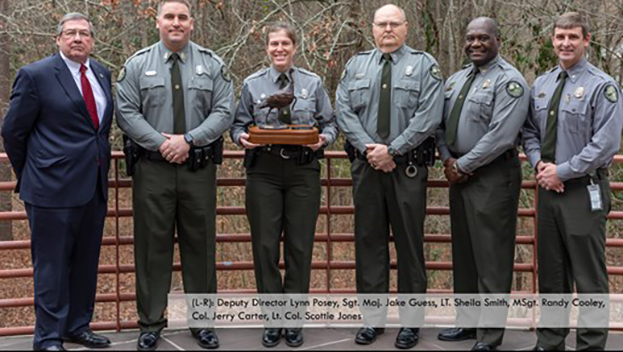 Due to the diligence of MDWFP Conservation Officers, both current and since retired, and information provided by various sportsmen and landowners, officers were able to bring forth what is regarded as the largest wild turkey poaching ring in history – Operation Longbeard.

After collecting extensive evidence through multi-media devices as well as property searches in Mississippi, it was determined that state and federal wildlife violations had taken place in three states: Mississippi, Kansas, and Nebraska. Operation Longbeard led to the arrest of 15 individuals and uncovered that nearly 100 wild turkeys were killed in the 2019 spring season.

After logging around 3,500 man-hours in this investigation, officers were able to file a total of 286 wildlife-related state charges as well as 12 federal charges. In addition to wildlife-related charges, Operation Longbeard has led to several other active investigations and convictions of other violators for crimes such as possession of a weapon by a felon, commercial fishing violations, trespassing, and narcotics-related violations.

MDWFP Conservation Officers who led the investigation, Master Sargeant Randy Cooley, Lieutenant Sheila Smith, and Sargeant Major Jake Guess, have been recognized by local and national media outlets as well as the US Department of Justice. Most recently, the three officers were awarded the inaugural National Wild Turkey Federation (NWTF) CEO/Chairman Award at the NWTF Conference in Nashville, TN. Our officers had the opportunity to present the case as well as some of the tactics used in the investigation to other state conservation officers.