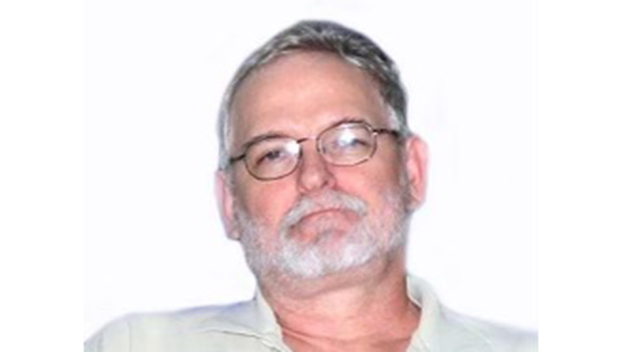 James Kevin Mullins, 62, passed away on March 1, 2022, at his residence in Roxie, MS. Visitation services will be on Saturday, March 5, 2022 from 11 a.m. until 1 p.m., funeral services will follow at 1 p.m. at Roxie Baptist Church in Roxie, MS with Bro. Vann Windom officiating, Tyson Windom and Jamie Wallace assisting. Interment will follow at Roxie City Cemetery under the direction of Marshall Funeral Home.

Kevin was known for his love of community and vast knowledge of sports.  He bled Dallas Cowboy blue and silver and LSU purple and gold. “Kevo” or “Moon” enjoyed spending his time listening to or watching games on the radio and TV and playing golf, where his putting game was par to none. His love for wrestling spanned many decades. Kevin served the community as a dispatcher for over twenty years until his health no longer allowed. He would always be there to alert the community of inclement weather and other advisories.

He was an active member of Roxie Baptist Church where he served as chaperone for many summers taking youth to Christian camps. He would often come back on fire for Christ and with wonderful new nicknames.

Kevin was born on Aug. 14, 1959, in Meadville, MS, to John Thomas Mullins and Janice Lynn Mooney Mullins. He graduated from Franklin High School in 1977, and went on to the University of Southern Mississippi. There he received a bachelor’s degree in Journalism. He married the love of his life, Ramona Trombley on Sept. 4, 1982, and they built a life together. He worked diligently at Georgia Pacific and took pride in his work as safety manager until the mill shut down. After working at Georgia Pacific, he had the privilege of working under previous Sheriff James Newman and staff at the Sheriff’s Office.

He was preceded in death by his grandparents, maternal, Ervin and Hazel Mooney and paternal, William and Hazel Mullins.
He is survived by his loving family, his wife, Ramona Trombley Mullins; his parents, John Tom and Janice Mooney Mullins; two sons, Ryan Mullins and Danny Mullins (Kristen); two brothers, Tony Mullins (Jena) and Brad Mullins; one grandson, (Jamie); much loved aunts, cousins, nieces, nephews, and a host of other relatives and friends.
Online condolences can be made at www.marshallfuneralhomems.com for the family, as well as memorial tributes.