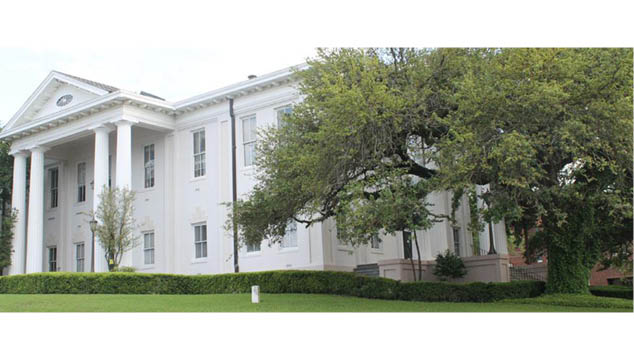 NATCHEZ — The Adams County Board of Supervisors tackled a variety of issues at its meeting Monday morning, ranging from approving the purchase of new voting machines to pondering the levying of a fee on cell phones and voice over Internet phones to help support Emergency-911.

Board Attorney Scott Slover said the supervisors now can levy a fee of a $1 to $2 on telephone carriers, but only about 30 cents of each dollar levied would come back to the county.

“In the past, we had money to fully support E-911 because of the fee levied on land lines,” Slover said, but land lines are becoming fewer and fewer, thus the money available to support E-911 is dwindling.

Now, the assessment has changed to include levying the fee on cell phones and voice over Internet providers. However, the state, as it does at present, would keep about 70 cents of every $1 fee charged.

Adams County Emergency Management Director Robert Bradford said how the state spends that money is yet to be determined because of unclear state statute.

District 2 Supervisor Kevin Wilson asked why the state gets a portion of the levy and what it’s used for.

“There is a commission that decides how that money is spent. We are trying to see if that money can be used to complete 911 infrastructure in a statewide system so if anything goes down, 911 does not lose continuity across the board,” Bradford said.

District 4 Supervisor Ricky Gray asked, “I don’t know because how many millions of dollars they got already they don’t want to give to the counties?”

“It’s not that they don’t want to give it to the counties. According to state statute you have to spend it on certain things. The board is trying to get it back to the legislature so they can fine-tune it because where we’re at on the money is right now they are trying to divide the money between all the 911 (districts) in all the counties in the state and trying to do it fairly…They are trying to figure out,”’ he said.

Bradford said even with current levels, that portion is going to the state.

“Until I get a little more clear understanding of where this money is going to go,” Gray said he could not go forward with the additional levy.

Wilson said he thinks more of the money should come back to the county.

“One of the reasons for my question was, say we do this, levy a dollar per phone, the dollar is not coming back to us. Most of it is going somewhere else,” he said. “I was wondering if there is a different way to do that.”

“What I’m saying is the state have to get theirs. It’s like state taxes. You can’t bypass the state,” Bradford said.

Gray asked Slover to do more research to find out what other counties are doing and get a more clear understanding of where the state’s portion of the levies will go and how they will be used. He said a number of county supervisors around the state are concerned about this money sitting with the state and not coming back to the counties.

Slover said he would report back at a later board meeting.

A grant of about $95,000 will cover most of the cost of the machines. The county will spend about $45,000 from its general fund in addition to grant monies.

Wilson said it’s important to make the purchase now in order for election officials to be sufficiently trained to operate the machines come election season.