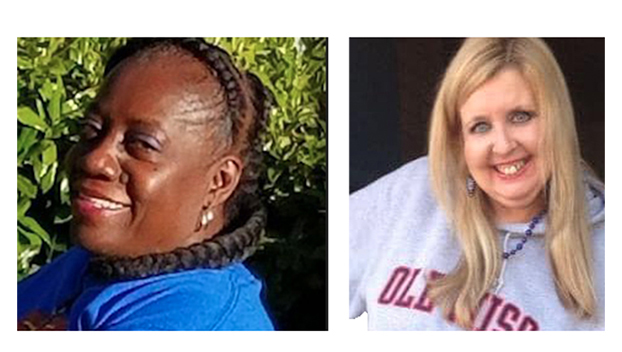 “We’ve taken a pretty good hit over the last couple of months with deaths of teachers and students as well,” Public Engagement Coordinator Tony Fields said. “We’re doing our best to give our staff and students all of the emotional support they need.”

West Elementary Principal LaToya Scott-Hammett, Ph.D. said she would miss Fort’s “infectious smile” which she spread throughout the school halls. Fort had cancer, but continued pushing through and kept teaching until her last days, Hammett said.

She has taught school at West Elementary since 2016.

“There was nothing that she wouldn’t do for anyone,” Hammett said. “Her smile was very infectious. We’re going to miss her smile.”

Fort and the faculty at West Elementary are like extended family having worked together for 8 hours or more every day.

Fort’s grandchildren, basketball and styling hair were some of her life’s joys, Hammett said.

“Basketball or hair. Those things made her smile, and the children did as well. Her favorite color was cheetah print, so we’re all going to wear cheetah print to her services,” she said.

Jeannice taught for 39 years beginning at Ferriday Elementary School and later at Vidalia Lower Elementary, Vidalia Jr. High, Trinity, Frazier and finally at McLaurin. She died following a brief illness, the family stated in her obituary.

“She loved her kinder babies so much, even the ones that would give her a hard,” Principal Toni Martin at McLaurin said of Jeannice.  “We’re all in disbelief because it happened so fast. She was here Tuesday and then she was out sick and the next thing we knew she was gone.”

Martin said counselors have been at the school and arrangements were being made so that staff could pay their respects. The school also plans to have a balloon release in Jeannice’s honor for students to participate in in the coming days, she said.

“She was a friend as well as a teacher at our school,” Martin said. “This was her first year working with me at McLaurin but I knew her personally long before that. Our children were friends.”

Martin said they were both football fans of rival teams. Jeannice was a hard-core Ole Miss fan and Martin an LSU fan.

“She had a kind word for anyone she met. Every morning, she would message all of her friends and sent them a meme or something wishing them a good day — every morning. It never failed. She was a kind Christian and her love for children was evident in everything she did. She has touched many lives and remembered every one of them.”