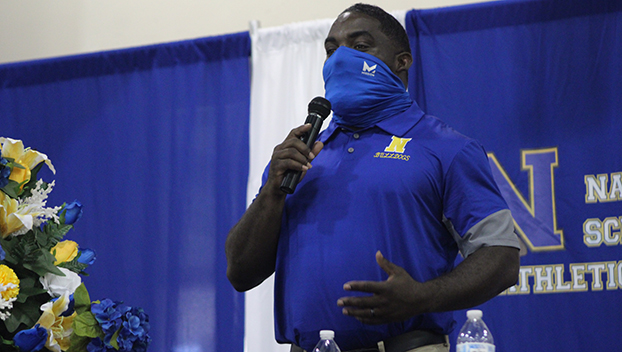 NATCHEZ — Bulldog football head coach Randy Craft said he resigned after two seasons at Natchez High School. He was named the head coach on January 30, 2020. In his tenure, he led the Bulldogs to a 10-11 record.

Craft said he turned in his resignation for family reasons. He is looking forward to another opportunity as the resignation is not a retirement.

“I still plan to coach in a capacity just in another area of the state,” Craft said. “I think they (the coaches) were hoping I would change my mind.”

He will not be involved in the coaching search process.

Craft said he has seen growth in the exposure his players have received. Bulldogs Josh Trask played in the North vs South game, and Ky Murray played in the inaugural Magnolia All-Star Game. Natchez has several kids in the upcoming class who will have the opportunity to sign scholarships to play football.

“My kids getting some promotions and recognition was nice,” Craft said. “Our kids have played in a tough division but played better this year. I feel like they have a good foundation.”

Natchez Athletic Director Alphaka Moore said they have opened applications and have begun their search for a new head coach.

Bulldog assistant coach Charles Cothern Jr. said it was a surprise to learn Craft was leaving the program. He gave Cothern an opportunity to come to Natchez and coach. Previously, he was a coach at Ferriday High School.

It was a surprise to him because the team saw growth this year even if the record may not have shown it, he said. Several freshmen and sophomores stepped up on the field and played like they were older. Craft had the team headed in the right direction.

“Craft is a good guy. I’m thankful to him,” Cothern Jr. said. “I just hope we can make a hire who will expect to be here in Natchez. We have had a couple of coaches come from out of town and stay for a few seasons before leaving. We need stability in our program.”

“I’m saddened to hear the Lord has called him away from us,” Campbell said. “I love Coach Craft, I’m going to miss him.”