Monterey High’s new gym will not be ready by graduation, project manager says 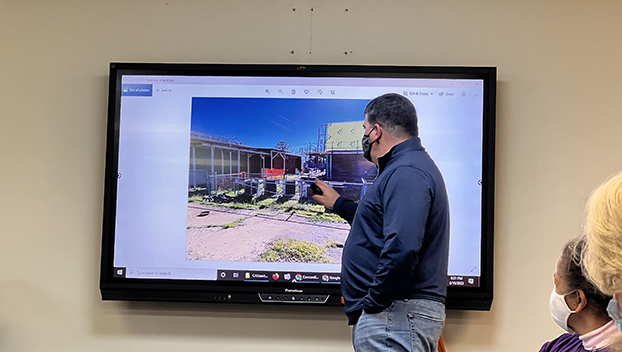 MONTEREY, La. — A new $3.2 million gymnasium at Monterey High School is taking shape. However, it will not be finished in time for Monterey High School’s graduation this school year as school officials had hoped, project manager Marco Gonzalez told school board members Thursday.

The primary delay is panels needed to close in the building won’t be shipped until late April or early May, he said. Without these panels, rainwater can still get inside the building and contractors can’t start finishing the inside until it is closed in and the inside is dried out, he said.

“It will not even be close to finished by graduation time,” Gonzalez said.

Concordia Parish School Board President Fred Butcher added once the new gym floor is put in and striping added, they could be “knocking on August’s door” before the project is finished.

Gonzalez pointed to another issue with the project that wouldn’t delay the building being finished but could cause issues if it is not addressed.

An alley between the gym and a neighboring building would have rainwater dumped into it from the roofs of the buildings and the adjacent parking lot and could have insufficient drainage for it not to flood the buildings, Gonzalez said.

He added they’re looking at the most cost-efficient methods to redirect the drainage from the alley and would present plans to the board at a later meeting.