Bryant new executive director and chef at the Carriage House 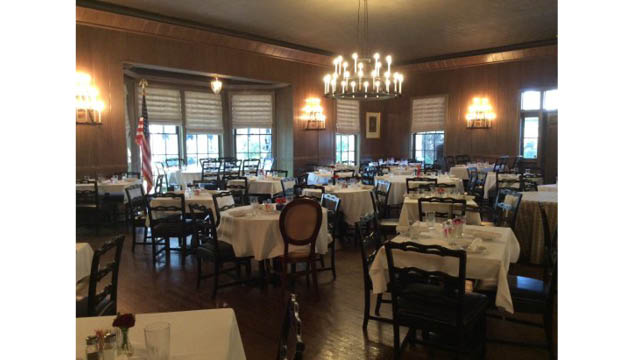 NATCHEZ — The Pilgrimage Garden Club has hired Wayne Bryant as its executive director and chef at the Carriage House at Stanton Hall.

Bryant is the owner of The Continental Cook, and he will take that business concept with him to the Carriage House, as well operate the long-standing and beloved Carriage House restaurant.

While Bryant is closing The Continental Cook’s location on Franklin Street, his current customers will be able to continue pre-ordering from a weekly menu beginning the first week in April and can pick those meals up at the Carriage House.

“Since I learned to swim in the (Stanton Hall) pool,” Bryant said.

The Carriage House, founded by the garden club in 1946, has long been known for serving outstanding southern cuisine. Bryant said his plans are to “bring back something glorious” from his childhood.

“Everything you remember and loved from days of yesteryear will be coming back with a modern, inspired approach,” he said.

Bryant will also be in charge of catering, wedding receptions, parties, private dinners and luncheons at the Queen’s Room and all of the garden club’s properties.

What many will find most exciting is Bryant’s plans to bring back a full, dedicated patio and poolside food and beverage service when the Stanton Hall pool opens this season.

“So many young families live downtown. I think they will find the poolside service fun and convenient for their families,” he said.

During Spring Pilgrimage, the Carriage House is open for lunch seven days a week from 11 a.m. to 2 p.m. After Pilgrimage, the hours of operation will be evaluated and may be adjusted, Colson said.

Beginning in April, Bryant plans to open the restaurant beginning at 10 a.m. on Saturdays and Sundays for brunch service.

He said he plans a “spectacular resurrection” menu on Easter Day, April 17.

“I think the whole town is excited about this. Yesterday I booked two parties,” Bryant said.

“I think this is going to work beautifully,” Colson said.

To make a reservation or for more information about booking a private event at the Carriage House, call 601-445-5151.