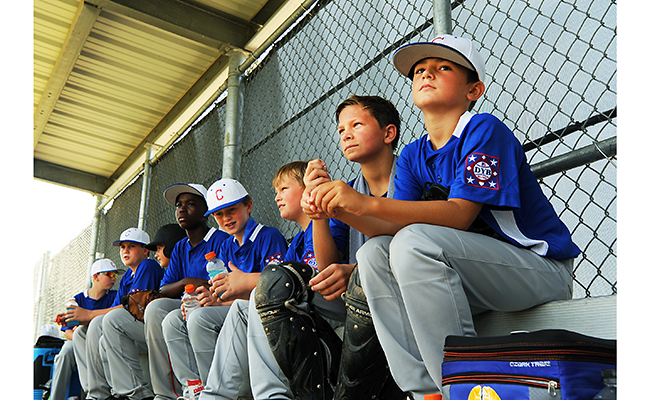 The Concordia Dixie Youth 12U Ozone all-stars, including Gunner Smith, far right, and Riley Roach, second from right, watch as one of their teammates bats during an elimination game of its state tournament Saturday in Vidalia in 2018. (Emmalee Molay |The Natchez Democrat)

NATCHEZ — Tryouts for the Concordia Dixie Youth baseball league will be this Saturday March 19th at the fields in Concordia Parish Recreational Complex. There will be no tryouts in T-Ball.

T-Ball head coaches get their son, two assistant coaches and their kids and then all the six and five year-olds will be chosen in a random draw.

Coach Pitch, Minor and O-Zone leagues have new rules for tryouts this year.

If you miss tryouts in your age group, your name will be placed in a hat and you will be selected in a random draw. Coach Pitch, Minor and Major league head coaches get their son and assistant coaches and their son then they will choose the team in draft order. All kids not present at tryouts will go in a hat and be picked out in draft order.

If teams are not full after the draft, players will be assigned as they sign up. If rosters are full at 12 players, the league will not overload rosters.

Registration for the league is still accepted at Hometown Sports in Vidalia. You can also register online at CRD3.sportngin.com. The league is open to all kids from three to 12 years old. Registration fee is $50 for wee ball (ages three to four) and $70 for all other ages.