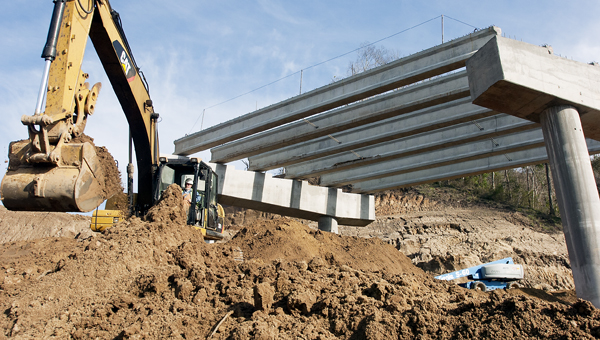 VIDALIA, La. — The Concordia Parish Police Jury on Monday set aside $300,000 to purchase a long-arm excavator to be added to the parish’s equipment fleet. The question remains as to whether the parish will redistrict before the next election.

Tony Guillory, Public Works Director and Road Superintendent, brought various quotes for the excavator to Monday’s board meeting, which ranged from approximately $150,000 to $400,000.

Guillory said the parish’s current excavator is more than 30 years old. He added parts to repair it are difficult to obtain with shipping delays.

The police jury said they would wait on Guillory to obtain quotes for leasing a machine instead and discuss all of the quotes in a finance committee meeting before purchasing the equipment.

In other matters, the police jury said litter along parish roads has become an issue.

Jury members discussed whether cameras could be used in problematic areas to deter littering and obtain the vehicle tag numbers of those who litter.

It was moved that District 4A Juror Genesia Allen meet with Concordia Parish Sheriff David Hedrick to discuss ways they could enforce laws against littering.

The board also tabled the adoption of a resolution stating that the district is malapportioned for redistricting. Jury Secretary Sandi Burley said they would have a meeting with their reapportionment and redistricting firm on March 24 to examine their findings and the 2020 Census data before voting on a resolution to redistrict.

Louisiana law requires the Police Jury to declare whether their districts are malapportioned after the federal census. The jury will have to adopt a new districting plan if the districts violate the “one person, one vote” doctrine, which requires electoral districts to be apportioned according to population, thus making each district roughly equal in population.

Community members have also approached the board about changing the number of jurors representing the districts. Currently, there are only five districts but nine jurors with two jurors sharing districts one, three, four and five. The districts that have two jurors are split in two and members are voted on based on where they live in that district.