Bulldogs, Howland shown exit after first round of the NIT 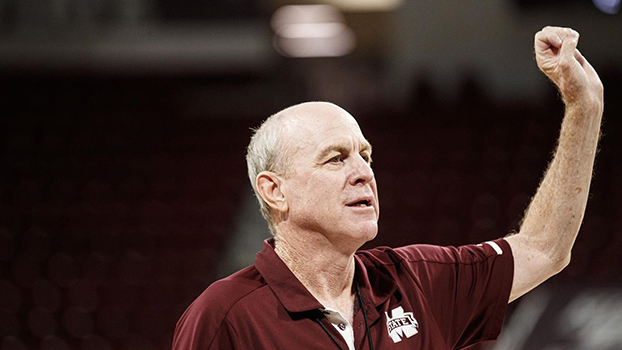 “We are appreciative of the time and effort Coach Howland devoted in leading our men’s basketball program,” Cohen said. “We thank him for his investment in the lives of our student-athletes and pouring his heart and soul into our program from the day he arrived in Starkville. There’s no question he left our program better than he found it. MSU owes a debt of gratitude to Coach Howland, and we have the utmost respect for him as a coach and person. Coach Howland is one of the best basketball minds in the country and a future College Basketball Hall of Famer. He and his wife Kim have been tremendous ambassadors to Mississippi State and the Starkville community during their seven years here. On behalf of the entire Mississippi State Family, we wish them the absolute best.”

Cohen added, “Throughout Mississippi State’s men’s basketball history, we have shown that we can compete for championships at the highest level. Serving as the head men’s basketball coach at Mississippi State is an outstanding opportunity, and the position will be highly sought after. That is a testament to our great university, our passionate and loyal fan base, and our hard-working young men who proudly represent our program. We are confident we will find a new head coach who will elevate our program and position our student-athletes to compete for championships while playing an exciting brand of basketball.”

Cohen announced a national search for the next head coach of Mississippi State men’s basketball is underway. Cohen does not plan on making further comments related to the search until its completion.

After Mississippi State’s 60-57 loss to Virginia Wednesday night, forward Tolu Smith said in the post game press conference the team wanted to win regardless what was going on off the court. He said he would love for Howland could come back next year.

“I think we had a lot of adversity this year, especially myself. Coach Howland did an amazing job handling it,” Smith said. “There were a lot stretches at the end of a lot of games without another big or guard of ours. We had a lot of injuries on our team. I’m not trying to make any excuses, but it’s tough for any program to go through that. I feel that Coach Howland did an amazing job.”