NEW ORLEANS — A financial planner accused of raping three women in New Orleans was convicted Friday in one of the cases, concluding a five-day trial that hinged on the definition of consent and the believability of a victim who accompanied the defendant to his Warehouse District condominium. 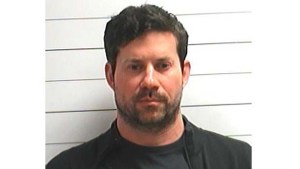 William McDonough, 49, of Natchez, Miss., faces as long as 40 years in prison for the Sept. 15, 2016 crime. Criminal District Judge Tracey Flemings-Davillier is scheduled to sentence him April 14.

McDonough is charged separately with additional counts of second-degree rape stemming from encounters with two more women, who served as witnesses at this week’s trial and allege they are victims of sexual assault.
Assistant District Attorney Mary Glass said in her closing argument that not giving consent is as easy as saying “no,” which she called a “simple concept.” Prosecutors said the victim said “no” multiple times but McDonough refused to listen.

On the witness stand, the victim described a first date that began at the Ace Hotel and continued to the nearby Saenger Theatre, where she danced with McDonough and they kissed, their mouths closed. When McDonough offered her a half tab of the party drug molly, also known as MDMA, she said, she took it.

Later, at One Eyed Jacks in the French Quarter, the victim testified, McDonough invited her back to his condo, but she declined because she didn’t want to have sex with him. “I said it multiple times,” she told the jurors, “because I wanted to be very clear.”

But, she said, she was “worn down” when he offered a more muted at-home activity: watching television from his sofa, while eating some leftover spaghetti.

In his kitchen, however, the victim said, he started “aggressively” kissing and touching her. To distract him, she asked for a tour of the loft, which led to a bed at the top of a spiral staircase. She sat down on the bed. Moments later, he raped her, she said.

“I felt like I had no control over my body,” the victim said, as she described being boxed in on the bed. At 5 feet, 4 inches tall and weighing about 100 pounds, she testified that this moment was “the first time I’ve been made to feel how vulnerable I am because of my size.”

McDonough stopped, the victim testified, and she initially stayed at the apartment because she couldn’t find her clothes. But as they moved to the living room, he raped her again, she testified.

Too scared to fight back, she said, she repeated, “no, over and over again.”

Soon after, the victim sought medical attention, submitted to a rape kit and filed a report.

Her story drew skepticism from the defense counsel, Cameron Mary, who pointed to a toxicology report from the hospital that examined the victim. It did not list molly as present in her system.

“That,” Mary told jurors, “should give you great pause.” That the victim said she’d taken molly but it wasn’t reflected in the report, Mary said, put into question her credibility. “It proves that, maybe, she’s making things up,” Mary said.

Mary largely focused on what he called “oddities” in the victim’s story: that she couldn’t recall how McDonough had removed her dress, for example, or that when Mary questioned her on the stand, she “was spoiling for a fight.”

The DNA taken in the victim’s rape kit was, beyond dispute, a match to McDonough. But Mary said that proved only that the two had sex, “something we don’t dispute.”

Mary asked the woman if she had danced with McDonough in a sexually suggestive way during their first date. “I guess you could call it that,” she replied.

But the victim only kissed him with her mouth closed? Mary asked, and later, pointed out that she hadn’t objected to McDonough kissing her when they were at his apartment.

“No,” the victim said, “kissing isn’t the same thing as being raped.”

In his closing argument, District Attorney Jason Williams, who co-prosecuted the trial, turned away from the jurors and stood in front of the defense table, looking from Mary to McDonough, his voice raised almost to a yell.

“It doesn’t matter if they thought you were hot or George Clooney or Denzel Washington,” he said. “No means no.”

“It doesn’t matter if she kissed you with an open mouth or if she danced with you,” Williams said. “No means no.”

THAT’S A WRAP: Horror movie finishing up filming in…