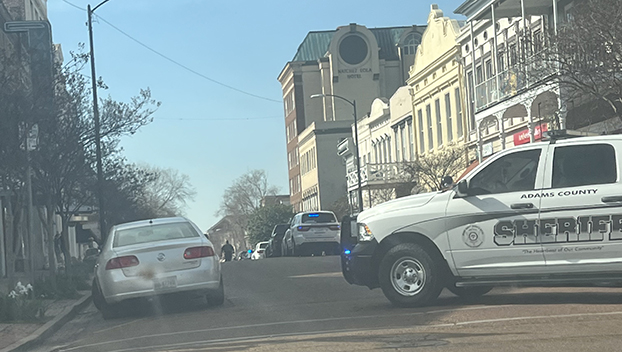 VIDALIA, La. — A shooting in Vidalia turned into a chase when a suspect fled the scene in his truck, law officials said.

A man, which authorities believe was 48-year-old Robert Tolbert arrested in Natchez Thursday afternoon after a multi-agency vehicle chase, reportedly fired multiple shots near Country Estates on Ralph’s Road in Vidalia. No one was injured during the shooting and Concordia Parish Sheriff’s Office is investigating the incident.

Public Affairs Director Brandy Spears at CPSO said Tolbert fled to Natchez but was the shooting was not a drive-by because he was not in the vehicle when the shooting occurred.

Charges against Tolbert from CPSO are forthcoming because Tolbert is detained at Adams County Jail, she said. Adams County Sheriff’s Office charged Tolbert with felony fleeing.

Law enforcement followed the truck at high speeds across the bridge, onto Government Fleet Road, to River Terminal Road, then to Lower Woodville Road before crossing John R. Junkin Drive to Homochitto Street, then to Martin Luther King Jr. Street before Tolbert was eventually caught on Main Street just before the Krewe of Killarney’s St. Patrick’s Day parade.

Tolbert was reportedly arrested at Andrews Tavern on Main Street after he bailed from the truck and led officers on a brief foot chase.