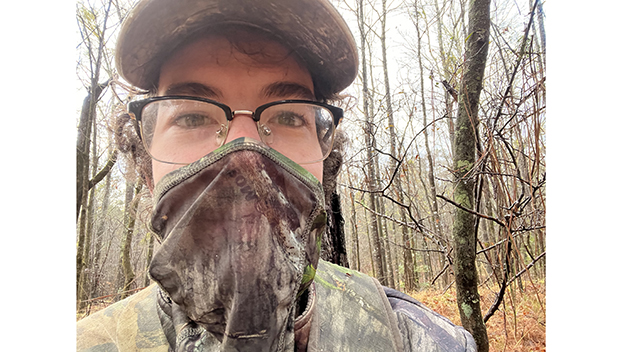 A man stood outside his truck dressed head to toe in Mossy Oak Bottomland Camo. His shotgun slung over his shoulder was camouflaged. He looked off into the distance as he listened for the sounds of turkeys in the Homochitto National Forest.

He had a slate call or maybe a box call with him as he yelped a couple of times and paused to listen. A Vidalia resident, he had to be drawn for public endorsement to hunt public lands this, year even though he had a lifetime resident license for Mississippi because he was born in the state.

“Just another way to keep us out,” he said.

I understand his frustration. Public land should exist to serve those who do not have access to private land, those who need to hunt somewhere before going to work or people who want to enjoy a new patch of woods to explore.

Some public land regulations are good and well intended. If they didn’t require Sandy Creek WMA to be a draw hunt the first couple weeks of the season it would be hard to find a place to park or a section of woods without running into other hunters. The public land endorsement draw is supposed to alleviate some of the hunting pressure on the turkeys in Mississippi.

Any time I have hunted Sandy Creek or hunted the Homochitto National Forest, I have never run into another hunter. The lure of a morning spent in reflection is one of the benefits of going to the woods. Although, it is nice to meet other hunters and chat for a bit.

This morning I saw two hunters. One was the gentleman I spoke to as I was leaving the woods and the other spooked me when he drove down a logging road 10 minutes before first light. Through my binoculars I could see that hunter run off into the tree line in pursuit of spring thunder.

I had the same energy as my heart beat out of my chest with adrenaline flowing. I was so excited to kick off the tTurkey season. A slight rain before sunrise couldn’t dampen my spirits. For three hours I worked a slate call and a couple of mouth calls until finally I realized I needed to head back to my car. Crows were the only bird I heard this morning besides the song birds of spring.

Ol’ Tom never shocked gobbled like I wished with each caw of the three or four crows circling the woods. The tree frogs seemed to enjoy the purrs I made on my slate call. They chimed in with a rhythmic response. Blue skies and green leaves peaked through the gray of winter. Spring has arrived, and spring turkey season is finally here.

The man at the end of the logging road took his hand out of his glove and shook mine.

“Nice to meet you,” he said, before he got in his truck and drove away.

It was nice to meet you too sir and best of luck this turkey season to all my fellow turkey hunters.

Hunter Cloud is a sports writer for The Natchez Democrat. Contact him at hunter.cloud@natchezdemocrat.com

A family of runners: Siblings, cousins stay competitive on…