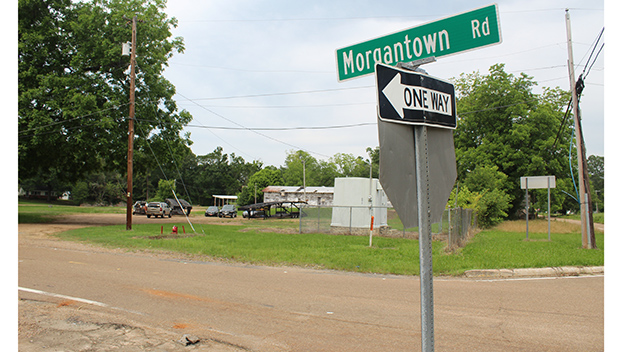 NATCHEZ — Funding for $2.4 million in repairs and improvements to Morgantown Road was part of a $1.5 trillion bipartisan spending plan signed by President Joe Biden on Tuesday.

The elected officials in the city and county have worked for years to try to find ways to fund badly needed improvements to the road well-traveled road.

Natchez Mayor Dan Gibson said he did not know when funds would be available for the project, but the news is good for Natchez and Adams County and all who travel Morgantown Road.

The federal funds will flow to the Mississippi Department of Transportation, which when available, will release the funds to Adams County, who will oversee the project.

Ward 4 Supervisor Ricky Gray has been an outspoken advocate for Morgantown Road, saying that improvement to the road is a county priority.

Wes Middleton, who represents District 1 in Adams County and serves as president of the Board of Supervisors, said he is pleased a solution for Morgantown Road is finally in sight.

“We thank Sen. Cindy Hyde-Smith for sponsoring this project in the funding bill and for working with Sen. Wicker and Congressman Guest to get this project done. This would not be possible without our partnership with the City of Natchez and Natchez Inc.,” Middleton said.

Chandler Russ, executive director of Natchez Inc., said the project would not have happened without the strong support of the area’s federal delegation.

“Whether it is recognizing the Forks of the Road historic site or beginning the process of creating I-14 through Natchez, U.S. Sen. Hyde-Smith, U.S. Sen. Roger Wicker, Congressman Michael guest, and our whole Mississippi delegation have supported the priorities here in the Miss-Lou and we greatly appreciate all of our efforts. We congratulate the Adams County board of Supervisors and City of Natchez Mayor and Board of Aldermen for working together toward a common goal of making Natchez a better place,” Russ said.

Gibson said the project is much needed for the safety of those who travel it on a daily basis.

“Years of leadership from our federal delegation and state leaders have made this great project possible. We will work hard to get the funds from the federal government as quickly as possible and get the project started for the benefit of our people.”