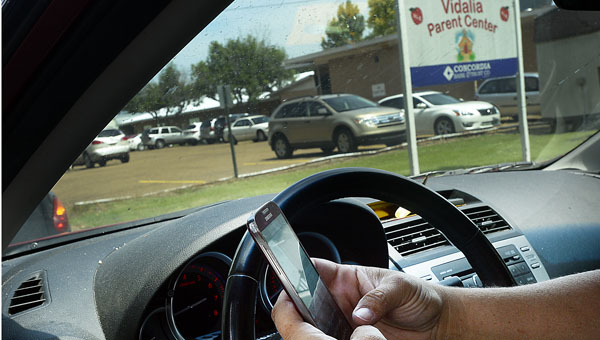 NATCHEZ — Adams County residents with cell phones may soon be paying a $2 fee tacked onto their monthly phone bills for 911 service after the Board of Supervisors unanimously acted on the measure Monday morning.

Officials said a fee has been traditionally levied from landline users only and the number of landlines in the county has diminished significantly over the years.

The measure supervisors approved Monday allows them to levy a $1 per month fee on all phone carriers, including cell phones and voice over Internet phones, to support Emergency 911 services.

The county would receive approximately 70 cents of every dollar collected while the rest of those funds go to the state government, officials said.

Adams County Emergency Management Director Robert Bradford added there had been some confusion on how much the county would benefit from the fee during a board meeting last month, thinking it was only 30 percent.

“The county gets 70 percent and the state gets 30 percent. I had it backward before,” he said.

Adams County Attorney Scott Slover said the money couldn’t be put into the general fund but could be used for any emergency service.

“You all have the ultimate say-so on how that money can be used for emergency services,” Slover said to the board “One of those things may be paying for things that right now we’re pulling money out of the general fund for so we’re no longer supplementing it and 911 is paying for itself. That was the intent of it, that 911 would pay for itself with that tax.”

Board member Kevin Wilson guessed the tax could bring in approximately $15,000 to $20,000 a month based on the number of people in the county with cell phones.