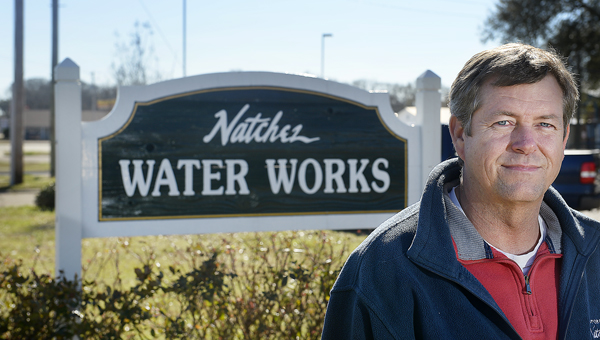 NATCHEZ — Natchez Water Works customers may face a rate increase in the near future.

Tony Moon, superintendent of the city’s water department, said the last rate increase for minimum rate payers was in 2007, when the Board of Aldermen approved an ordinance allowing for a five-percent rate increase each year, phased in over five years.

He said the last rate increase for those who use over the minimum of 300 cubic feet was 11 years ago.

“We are a business and no successful business can continue to go on and not have to raise the cost of goods. This should have been brought to you all sooner, and that’s my fault. Things kept happening to make us push this down the road. The pandemic was an obvious one. And our 2021 was more challenging than our 2020,” Moon said. “It’s come to a time that something has to be done.”

Moon said Natchez Water Works has undertaken a rate study and will present that to the Board of Aldermen at its next meeting.

“We’ve been studying how to do it, and making comparisons to other cities,” he said.

Moon said Natchez Water Works rates are reasonable and even with any increase, will be less than what other cities of similar size charge.

“We have tried to make it fair for all customers. We have tried to create a structure that spreads out the burden on all different customers, with the minimum impact on those with low income. At the same time we don’t want to price out businesses from coming to Natchez,” Moon said.

Natchez Mayor Dan Gibson commended Moon and the work he and his staff are doing at Natchez Water Works.

“I want everyone to understand the challenges you are facing now. We take pride in our water system here in Natchez, one of the oldest water systems in the state and we have some of the best water and best run services in the state,” Gibson said.

“During the ice storm, so many cities ran low on water pressure, and some, like Natchez, had to shut their systems down to recharge. Two days later, Natchez was the very first in the state to have a clean bill of health for its water from the Mississippi Department of Health.”

‘Yet again, mother nature has spared us,’ Miss Lou…