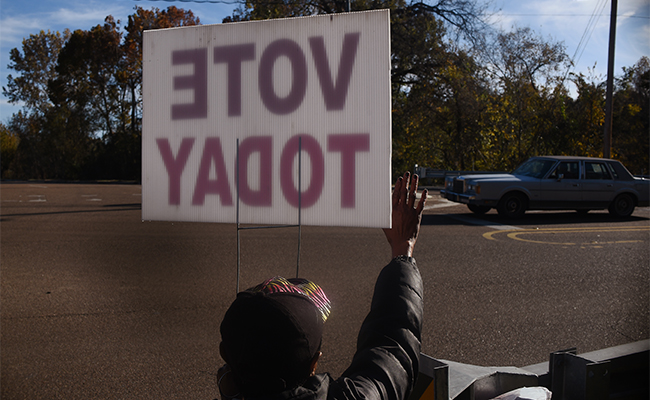 On election day, the polls are open from 7 a.m. until 8 p.m. All voters should bring a photo ID with them to the polls. Those who do not have a voter ID may still fill out an affidavit.

Two candidates have qualified for the March 26 special election to fill the Concordia Parish School Board District 5B seat.

Republican Nicky Pere, who was appointed by the school board to temporarily fill the seat vacated by John Bostic as he retired before the end of his term, seeks to make his position on the board a permanent one.

Pere told the board he has 14 years of experience in education, having served as a teacher, coach, athletic director and administrator in the early part of his career.

Pere said he also has a business background and experience in money management and financial planning, which he gained by owning and operating a large farm.

As a lifelong resident of Monterey, Taunton said he could do a great job of representing the people there, hearing their voice and bringing their concerns to the school board.

All school board seats, including District 5B, will also be up for a regular school board election on Nov. 8. Also on Nov. 8, Concordia Parish will be electing a tax assessor to replace Jerry Clark, who retires on March 31. The Town of Vidalia will be electing a City Court Judge and City Court Marshall. Qualifying for the Nov. 8 elections is July 20 through 22. A runoff, if needed, is scheduled for Dec. 10.

While voter registration for Saturday’s election has ended, the deadline to register to vote in person, by mail or at the OMV Office in the November election is Oct. 11.

The deadline to register to vote through the GeauxVote Online Registration System is Oct. 18.