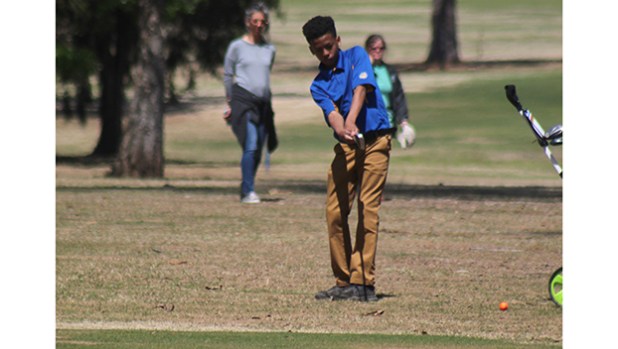 Natchez’s Daylan Haywood hits a chip shot on No.18 at Duncan Park. He shot a 96 for the day and was the lowest score for the Bulldogs. (Hunter Cloud | The Natchez Democrat) 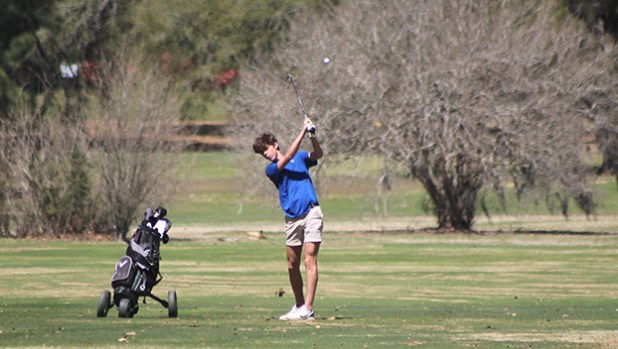 ACCS’s Samuel Merriett hits a shot on No.18 at Duncan Park Wednesday afternoon. He shot a 92 and was the second lowest score for the Rebels. Merriett’s second shot was not as good as he wanted but he had a good recovery with a chip and putt for par. (Hunter Cloud | The Natchez Democrat) 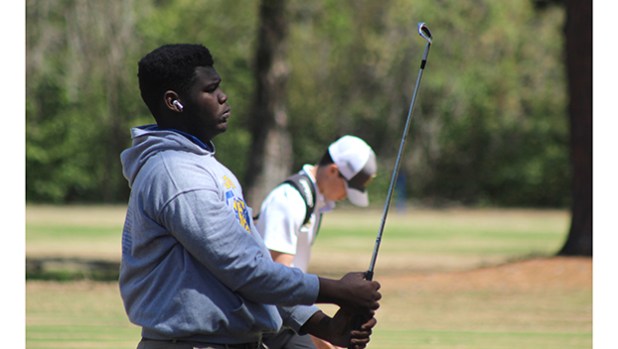 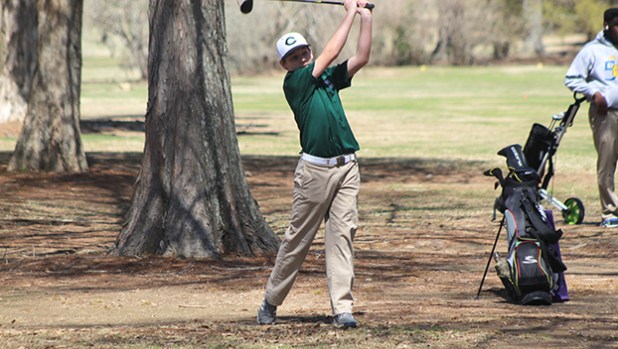 Cathedral golfer Eli Wilson hits a risky shot on No.18. Instead of using an iron to hit a punch shot out of the trees on the right side of the fairway, he grabbed a three wood and went for glory. His shot hooked around the trees and landed shy of the green where he could get an up and down. (Hunter Cloud | The Natchez Democrat) 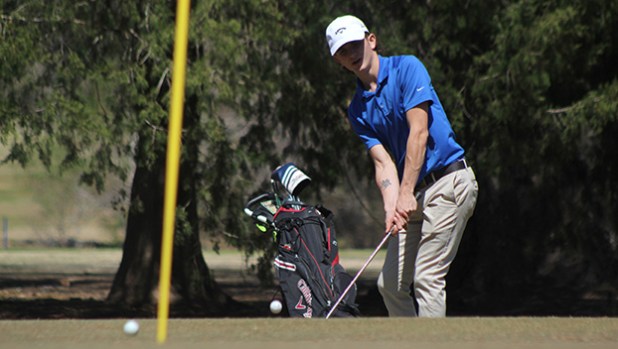 Rebel golfer Alex Patterson hits a chip shot on No.18. He shot 91 to have the lowest score on the Rebels and the lowest score for a team from Natchez. Silliman Institute won the tournament with a score of 363. AC did not have enough players to have a team score.

NATCHEZ — Adams County Christian School did not have enough kids on their team to make up a team but two of their golfers had two of the lowest scores at Duncan Park. Golfers from Natchez High School, Silliman, Cathedral and ACCS played an 18 hole tournament Thursday morning.

Rebels Alex Patterson shot a 91 and Samuel Merriett shot a 92 to have the lowest scores of the Natchez golfers. As a team Cathedral shot a 405, Natchez shot a 401 and Silliman shot a 363. ACCS shot a 187 with three golfers