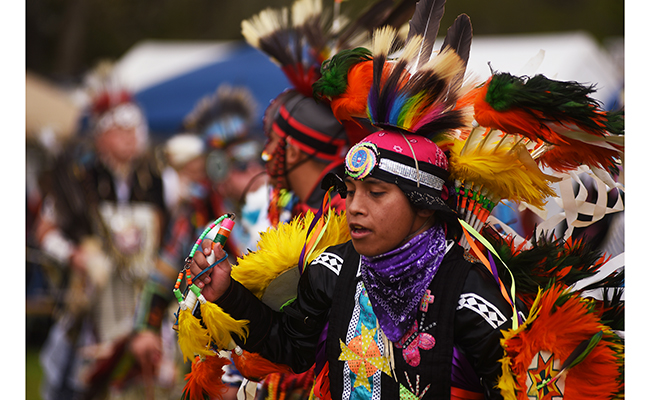 The Annual Natchez Powwow kicks off at 9 a.m. Saturday on the Natchez Bluff. (file photo)

NATCHEZ — For more than 30 years, the Natchez Powwow has brought Native American tribes from across the region to Natchez to celebrate their heritage and culture while allowing others to watch traditional gourd dances and stickball games.

After a two-year break, the tradition is coming back again Saturday, this time taking place on the Natchez bluff overlooking the Mississippi River.

The festivities will last all day, with set up beginning as early as 9 a.m. a short walk from the Natchez Grand Hotel on Broadway Street and lasting until 9 p.m., Powwow Chairman Chuck Borum said. Attendees will want to bring their lawn chairs to sit back in comfort as they socialize and enjoy the festivities, he said.

“This is a social dance and get-together that allows people with Indian heritage to come out and enjoy participating in American Indian culture,” he said. He added there would also be dance demonstrations that would allow the audience to participate with them.

A team of Adams County Christian School students interested in the sport would also be trying out a stickball game, he said.

The Natchez Farmer’s Market will be set up as usual on Broadway alongside a variety of American Indian Trader Booths selling handmade crafts and Natchez Powwow T-shirts. Borum said there is no entry fee as there had been in years past but there will be crafts and a lot of good food for sale.

“It’s free and open for everyone,” Borum said. “We partnered with Visit Natchez and got a grant that replaced money that used to come from gate fees. That allows us to do it without charging a gate fee. We also had a lot of contributions from businesses in Natchez. We’ll have seven good food vendors plus Smoot’s is cooking in their courtyard. We’re asking people not to bring alcohol to the dance circle out of respect for the tribes.”

‘I GOT THE GOLDEN TICKET’ Vidalia’s rising music star…