UPDATE: Man who was nearly crushed by a concrete wall Thursday survives with a broken hip, scrapes and bruises 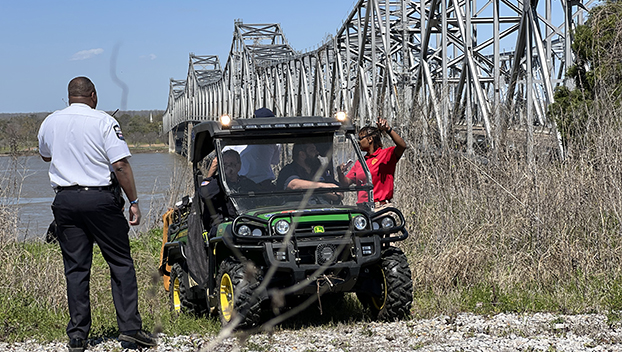 A Natchez man was apparently fishing on the Natchez bank of the Mississippi River behind the Hotel Vue when a concrete retaining wall where he had been standing collapsed on top of him. Above, first responders drive the man up the hill to U.S. 84 so a medical helicopter can airlift him. (Sabrina Robertson | The Natchez Democrat)

NATCHEZ — A man who was nearly crushed by a retaining wall that fell in around him as he was fishing by the Mississippi River at Natchez Thursday morning sustained only a broken hip and minor scrapes and bruises, authorities say.

Cantrell Harris, 64, was treated at the scene for possible broken bones and possible crush syndrome, a nervous system condition caused by the cutting off of blood flow to parts of the body. He was airlifted to a Jackson hospital for further examination and authorities said he “only has a broken hip bone and nothing else but scratches and bruises.” 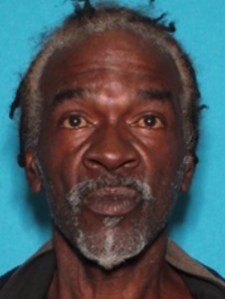 He was located at approximately 11 a.m. Thursday by the Mississippi River behind the Hotel Vue and adjacent the U.S. 84 bridge. Harris had what Natchez Fire Chief Robert Arrington guessed to be a ton or two of concrete from the broken retaining wall on top of him.

Harris had his cell phone with him and was able to call 911 for help.

Arrington said the sand in the area was soft, which made rescuing Harris difficult but also may have helped save his life.

“Thank God for the sand. It was a gift and a curse. It’s soft enough that it would absorb some of the weight to stop it from crushing him,” Arrington said at the scene.

A medical helicopter stopped traffic on U.S. 84 near the bridge for almost an hour Thursday so it could land safely on the highway and get Harris to a hospital.

“It was a blessing. It could have been worse,” he said.